Why Is Some Whiskey So Expensive?

All whiskey is basically made from the same stuff: grain, yeast, heat, wood, and time. So why is it that some bottles are priced at $15, and others are more expensive than the down payment on your first home?

It’s tempting to say it’s all marketing and hype – and at a certain level, it is – but there are also some peculiarities of the production process that make some whiskeys more costly to produce than others, plain and simple. 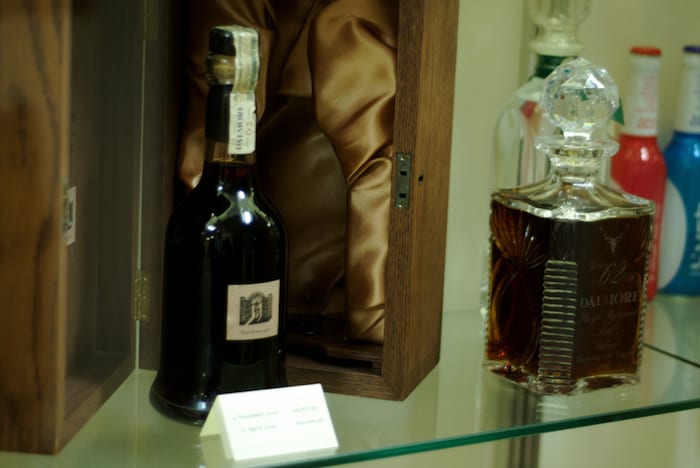 Raw ingredients represent a tiny portion of the overall cost of the whiskey. Really high-end, fastidious craft producers sourcing organic grain grown by local farmers might pay three or four dollars a bottle for their inputs; most producers pay way, way less. Other costs related to production are things like utilities, rent, and labor – the same costs faced by every business. In general, these costs are also a minimal part of the final price, although very small producers lose out on the economies of scale big facilities enjoy, so their labor and overhead costs are, proportionately, higher.

Where production really eats into a distillery’s costs is age. Not only to distillers need to maintain facilities for storage (as you may imagine, the permitting required to run a warehouse packed to the gills with flammable materials isn’t exactly cheap & easy), they also need to contend with evaporative loss, the infamous angels’ share. In other words, the older something is, the rarer it becomes, and distillers need to have a good reason to leave their product in storage for long enough that it starts to go missing.

That reason, of course, is a price premium. Oh, and because it tastes amazing. But distillers need to charge more per bottle to make up the difference in volume they lost.

And then, finally, there’s hype. Sometimes that hype comes from the marketing side (*cough* Orphan Barrel *cough* Diageo), and sometimes…it comes from us. The people behind Van Winkle are still wholesaling their bourbon to stores at a price in line with their MSRP; it’s the stores who are responding to the secondary market, which placed such an inflated value on the stuff to begin with. So next time you cringe at the checkout, blame your whiskey-loving friends – at least a little bit.

23
Shares
1.9k
Views
Share on FacebookShare on TwitterGet Our Newsletter
Get The Macallan® Rare Cask at ReserveBar. Shop now!