Consider this a thought experiment.

Let’s say you have a whiskey distillery. You make a lot of whiskey. Most of it you sell through brands you own and distribute. Those are your most profitable sales, the ones that earn you the most money.

But sometimes you make too much whiskey, more than you need. That’s a good strategy because when you distill whiskey you don’t know exactly how much you will be able to sell all those years down the road when it matures. You make too much or risk making too little.

No problem. You can sell that surplus to a non-distiller producer (NDP) for one of their brands. You won’t make as much money selling it that way, but you will make a profit. It won’t be hard to sell. With new whiskeys appearing all the time, the NDP market is always hungry for good liquid. 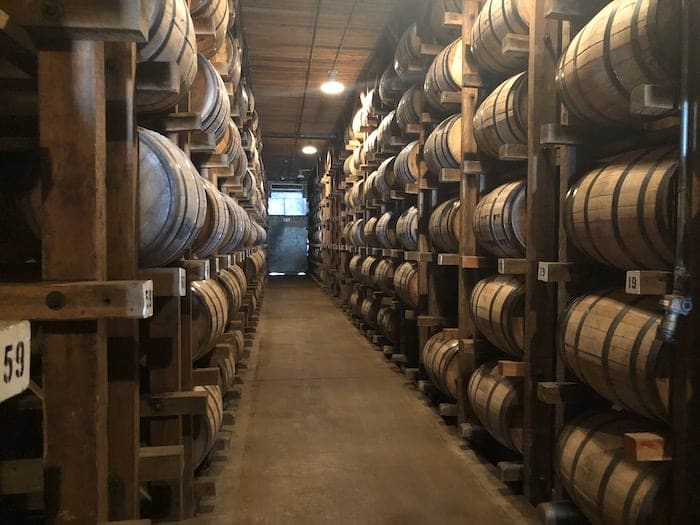 Maybe selling whiskey in bulk is more than just something you do to dispose of excess stock. Maybe it is part or even most of your business. Maybe you have standing contracts with customers for regular deliveries of mature whiskey. Maybe you sell new make. Maybe you lay down whiskey at your own expense for sale on the spot market when it matures. Maybe you sell most of your output in bulk.

Nevertheless, brand sales are more profitable than bulk sales so even if branded products are a small part of your portfolio, they will inevitably contribute a disproportionate share of your profits. That’s why every commodity producer aspires to be a brand producer. It’s natural. In business, one proven way to improve profits is to move up the value chain. It’s the nature of the beast.

Read More Whiskey News
When Can We Stop Bunkering? with Mark Rucker of The Bourbon Life (Bourbon Pursuit #349)

So that’s the business you’re in, now a little about you. You are an experienced whiskey-maker. You make the best whiskey you know how. Nothing goes out the door that does not meet your high standards. Your whiskey is excellent. You don’t make bad whiskey. You don’t sell junk. It’s all good.

In practice, distillers regard all barrels laid down on the same day and stored in the same part of the warehouse as the same, but even within those sets of 50-60 barrels, there are differences if you care to find them.

As a distiller, you and your tasting panel make subjective judgments about your whiskey every day. All things being equal, the whiskey from some barrels is better than others. It could not be otherwise.

Which channel gets your best barrels?

Remember this the next time you get all excited about some bottle you’ve never seen before, from some producer you don’t know, that some retailer or buddy has just shoved in your face. The label is obtuse about where the whiskey was made. Maybe you pooh-pooh people who care about that sort of thing. “I don’t care about that stuff, as long as the whiskey is good.”

Exactly the point of this exercise, finding the best whiskey.

Not to say NDP whiskey is bad, or that whiskey from a known producer will always be better than whiskey from an unknown one. In fact, NDPs often get their hands on very good whiskey, or they are very good at combining whiskey from different sources into something greater than the sum of its parts. That’s where the best NDPs shine.

But way too often, that cool label that caught your eye is just a marketing idea and the whiskey inside, while perfectly okay, is nothing special and not worth what they are asking.

NDPs have unique challenges because they are at the mercy of the market. Distillers are better off because they make everything they sell.

Right now it’s a seller’s market for mature bulk whiskey and most contract producers are booked up. NDPs have to take what they can get and can’t always get what they want from the distillers they want to get it from. That causes inconsistency. Both types of producer strive for consistency in their brands from batch to batch, bottle to bottle. Who do you think has better control of that, the distiller producer or the NDP?

As a whiskey consumer, if you like to spin the wheel and take your chances, more power to you, but as with any risk-reward scenario, there are ways to tip the balance in your favor.

The first is to be aware if the bottle you are looking at is from a known distiller producer or a NDP. With a known distiller producer you know what you have, no further inquiry is necessary. With a NDP, you might want to dig a little more, gather more data before you make a monetary commitment. If you can find out who the NDP is, maybe you can find out what else they make, and start to move them closer to known producer status.

A known NDP is a better bet than an unknown NDP.

Some NDPs make this easy by selling a wide range of products from many different sources under a common umbrella. Find one or several NDPs whose stuff you like and let them do the hunting for you. Barrell Craft Spirits and Proof and Wood Ventures are two good examples. With Barrell, Barrell is the brand. Proof and Wood has a variety of brand concepts but the company name is on the label. Good NDPs have web sites. Good NDPs tell you as much as they can about the whiskey they sell. Good NDPs are into whiskey, not celebrity endorsements, fancy packages, or phony backstories. This is a growing niche.

On the other hand, if the producer makes it difficult for you to find out who they are and what they had to do with the whiskey in the bottle, that should tell you all you need to know. Sure, happy accidents happen, but they are never a good bet. Give the cagey NDPs a pass.

There are no guarantees, but these are ways to improve the odds that you will get something new that you will like for a reasonable price. There is a fundamental difference between a known distiller producer and a known NDP, but a known unknown is better than an unknown unknown, as Don Rumsfeld might say.