Double barreled in the hot Texas sun! Red Handed Bourbon is not distilled, but blended and aged in the big, dry, hot, state of Texas.  The state of Texas conjures up many images in my head. “Red Handed” fits into the visions. I really like the image on the front of the label with the bandit running off with a barrel. How fun is that?! Plus, the state of Texas is right at the top of the bottle.

I’d never heard of this company until I was handed this bottle. One thing I really appreciate is their transparency efforts.  They let you know on the website it’s a blend of Kentucky and Virginia bourbon and what specific distilleries from those states whiskey is sourced from. Ironically the term “Red Handed” is all about being caught doing something wrong or illegal, which isn’t in line with transparency. But, that’s quite all right.

Treaty Oak, the makers of Red Handed Bourbon, was founded in 2006. Their initial location was Austin, Texas, which is where this bottle reviewed here was conceived. In 2015, the facility moved to Dripping Springs, Texas. In 2018, after partnering with Mahalo Spirits group, the bottle design and label completely changed.

At 42% ABV, it’s easy drinking. I might even call it a session whiskey (similar to session beers, but for whiskey drinkers). It’s a whiskey I’m happy to sit around the card table and drink all night. Please be aware this review is for an older bottle, and that the current offering is different.

The old bottle is short and squat with a fun label. The new bottle is tall and square-ish with a very modern look. The current bottling has also increased from 42% to 47.5%  ABV. Personally, I prefer my whiskey containers to look more traditional, older, not modern. So, I prefer the old bottle. However, I have not tried the current offering, so I won’t be so quick to judge.

Anyway, I’m off to drink some more…cause well, this one is very easy to drink. Cheers! 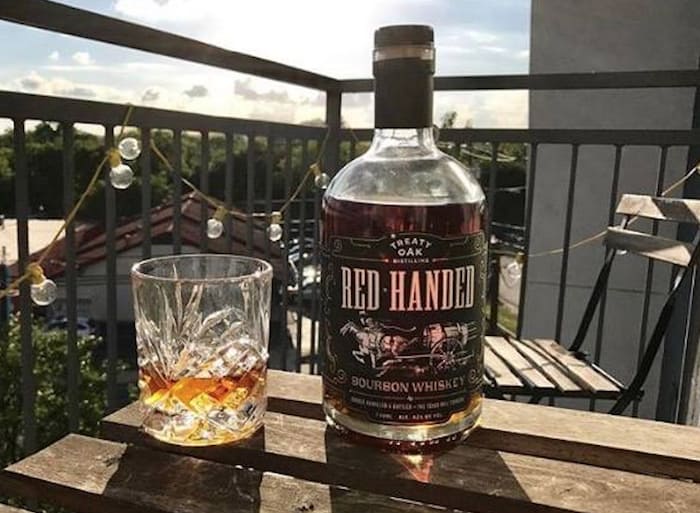 Nose: It smells a bit nutty, mostly like walnuts with a heavy maple sugar aroma

Palate: It bursts with cinnamon and sweet maple flavors. The initial mouth feel is well rounded. However, the finish is sweet, but a little astringent

To me this is a sweet, easy sipping whiskey. Since this release they have increased the proof, which may add to the complexity.