Heaven Hill Distillery has raised more than $1 million for ALS research since 2013 through proceeds of its annual Parker’s Heritage Collection release, in one well-known example of whiskey philanthropy. Redneck Riviera blended whiskey similarly donates 10% of its sales revenue to Folds of Honor, a foundation that provides scholarships to dependents of fallen or disabled members of the military.

The name on the bottle – The Untold Story of Kentucky Bourbon, Chapter 1 – is a mouthful, but the philanthropic intent behind a new whiskey release from the Castle & Key Distillery in Frankfort, Kentucky, is equally admirable. Castle & Key is joining forces with the Kentucky Black Bourbon Guild to raise money for The Diversity in Kentucky Distilling Scholarship, and 100% of the proceeds of the new label will support the program.

The release is the first of what are intended to become annual “chapters” of The Untold Story, with each iteration telling another aspect (on the front and back of the label itself) of how African Americans have made significant contributions in whiskey history. Each scholarship funded by the program will pay for up to $5,000 per year (for up to two years) to help support students of color interested in working in the Kentucky distilling industry. 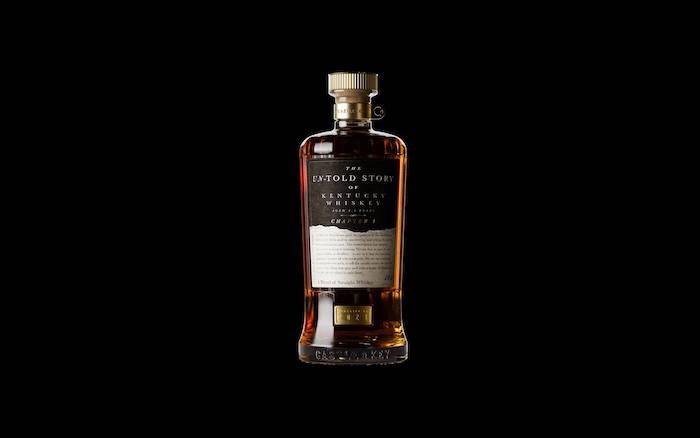 Appearance: Amber color, with watery legs on the side of the glass.

Nose: At only 10% rye, I wouldn’t consider this to be a high-rye bourbon. But rye clearly comes through on the nose, with pepper and grass-tinged spiciness. Behind that, you get a big, ol’ snout-full of traditional Kentucky bourbon. I smell honey, brown sugar, and nice, oaky vanilla.

Palate: This is a gentle and sweet bourbon, with a surprisingly long finish. You’ll taste black tea, buttery toast, and candied cherries. The cinnamon spiciness returns with the languid finish, providing just the slightest whisper of Red Hots candy on the tip of your tongue.

Castle & Key presumably donated two barrels to this project, since 425 bottles were produced in total. It’s an admirable first step toward funding the new scholarship – which is open for the initial batch of applications through March 2022. More importantly, Castle & Key committed to releasing future chapters in the story, as well. The bottom line is that this is a good whiskey in support of a good cause, and it comes with a worthwhile story to tell your friends when you pour it from your home bar. I look forward to “reading” future chapters in the series.