It’s time for another Booker’s bourbon review, this one the fourth and final batch of 2017 (the first batch for 2018 is out now as well, and we will have a review on that soon). I reviewed another Booker’s release last year, the “Blue Knights” batch; this batch, entitled “Sip Awhile,” is named as a tribute to Booker Noe, who “was always inviting people to the Noe family home to have a good time, relax, and ‘sip awhile’ on some of his namesake bourbon.”

Booker’s is a range of unfiltered, barrel-proof bourbons from barrels in the center of the rack house—reputed to be the best environment for aging—that are inspired by Christmas bottlings Noe once made for his friends and family. Noe was the grandson of Jim Beam, and was one of the early pioneers in the world of craft bourbon, starting both Booker’s and Knob Creek in the early 1990s.

Like every batch of Booker’s, this is a high-proof bourbon at 128.1 proof. Here is a rundown of where exactly all the whiskey aged in the different rack houses at the Beam distillery, if you’re into that sort of thing: 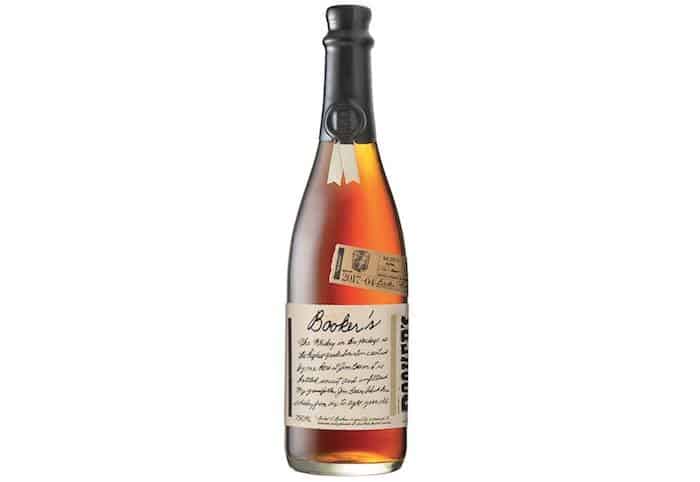 Nose: Dusty wood is the first thing I notice, followed by a whiff of stewed apple and faint cinnamon. Cut down with water, it opens up to caramel and vanilla, and the dull wood note fades to the background.

Palate: Big caramel and burnt sugar notes predominate, with some cooked fruit and baking spice appearing on the mid-palate. The finish is quite woody, to my taste. The texture is well-structured.

This release is fairly comparable to previous Booker's bottlings: very big, bold, and mature. To my palate, it's a hair too mature, as the woodiness on the back of the palate is pretty powerful. Nonetheless, if you're a Booker's fan, this has plenty of big caramel and vanilla, balanced out by some warm spice and juicy fruit notes.