Previously, we looked at the Big Four grains in whiskey-making: barley, rye, wheat and corn. Here, we’ll explore other grain plus processes that can be done to the grains to introduce new flavors and even how strain and sourcing affect flavor.

Triticale is wheat-rye hybrid that produces – as expected – spicy and peppery notes similar to rye but generally softer. It’s relatively uncommon but can be found in some European whiskeys. Dry Fly Distilling in Washington currently offers a 100% triticale whiskey.

Yes, rice can make whiskey! Rice is a grain, after all. (Sake is more correctly described as rice beer than rice wine.) Rice whiskeys are available more commonly in Asia but Jim Beam did once release a Brown Rice Bourbon. There’s no consensus on the flavors of rice in whiskey – possibly due to the large number of varieties available – but recurring flavors include lighter floral and delicate fruit notes.

Any grain can theoretically be used to make whiskey. Distilleries have recently been experimenting with oat, millet, sorghum and others. New products with amaranth, buckwheat and quinoa (here’s looking at you, Corsair) have prompted the TTB to propose new definitions which would explicitly include those “pseudocereals” as legal for whiskey.

Hops are the flower from Humulus Lupulus, a type of hemp. Hemp is technically a grain. But hops are introduced during the distillation stage of making whiskey rather than during mashing, more akin to the way juniper and other botanicals and infused into gin. Although there are myriad strains of hops with an exceptional wide-range of flavors, this process makes the formal definition ‘hops flavored whiskey.’ 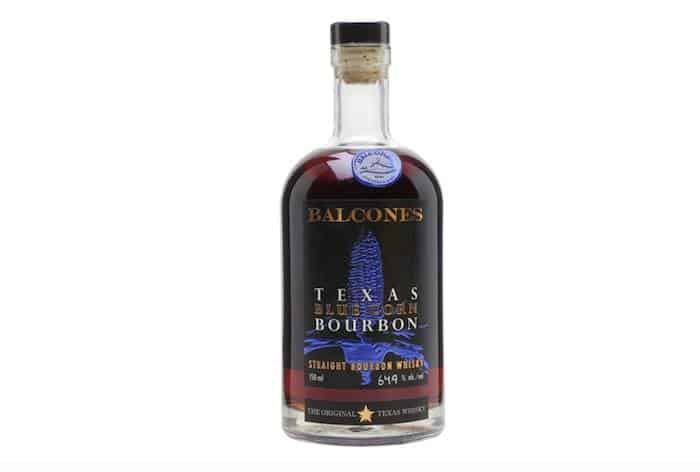 Most of the modern grain strains have been developed for yield over flavor. But heirloom grains are making a comeback in whiskey.

Hickory King White corn has been used for limited edition Bourbons from Buffalo Trace and Woodford Reserve. Nearby to both of those distilleries, newly-opened Castle & Key Distillery now exclusively uses this strain for their (soon to be released) bourbon. White corn introduces some lighter fruit and floral notes like green apple.

Blue corn is making an appearance throughout the US craft distilling scene with releases from Balcones in Texas, Wood Hat Spirits in Missouri and Bluegrass Distillers in Kentucky. Blue corn imparts more nuttiness and a distinct “foxiness” or grape/brandy like character.

Red corn strains like Bloody Butcher – used by Wood Hat and also New Liberty in Pennsylvania and Jeptha Creed Distillery in Kentucky – may introduce the most flavor of any heirloom corn strain with an orchestra-like complexity of nuttiness, smokiness and a multitude of individual fruit notes. High Wire Distilling Co. in South Carolina has revived Jimmy Red corn which they say creates nutty, sweet and mineralic flavors and a creamy mouthfeel.

Terroir is best defined as the influence of a place on flavor. It seems to make a difference in grains for whiskey, too, with many distillers swearing by grains from specific regions.

Speaking of New York, the new category of “Empire Rye” specifies that 75% of the mash bill must  be New York State-grown rye grain (which may be raw, malted or a combination). It’s too early to say what the effect of the NY terroir on the rye might be – but here’s to watching the category grow.

It’s legal to process grains in a variety of ways to introduce or develop new flavors in whiskey –  or even in Bourbon whiskey despite all of its tight regulations.

As mentioned in part 1, malting introduces nuttiness into barley. But technically any grain can be malted. Malting rye or wheat gives a soft grain sweetness to the final product.

The grand-daddy of all whiskey grain processes is peat smoking malted barley. Peat is partially decayed vegetation or organic matter, kind of like early-stage coal, which was historically used to heat homes in northern Europe. By burning it to dry to the freshly-malted barley, distillers introduced a distinctive smokey, earthy “peat reek” into the spirit.

Westland Distillery in Washington uses a locally harvested peat rich with a local plant called Labrador tea which apparently smells of rosemary and lavender. Wood Buffalo Brewing Co. in Canada once had their grains accidentally smoked by a wildfire.

Back in the US, Tenth Ward Distilling in Maryland makes a Smoked Corn Whiskey which is as the name describes. Even Woodford Reserve got in the smoked-grain game with their 2017 Master’s Collection Cherry Wood Smoked Barley release. There are actually quite a lot of distilleries experimenting with smoke from a variety of sources in their whiskeys.

Grains can be toasted, roasted and in other ways processed to develop special character.

Chocolating is exactly as the term implies – the cocoa note in Corsair’s Ryemaggedon is unmistakable. Rabbit Hole Distillery in Kentucky includes honey malted barley in their Bourbon’s grain bill which, unsurprisingly, adds sweet floral notes to it.

With so many mechanisms to play with just in the grains, there’s an amazing array of flavors in whiskey to explore. Next time we’ll look to the next source of flavor – yeast and fermentation.