Probably one of the most fun jobs you can land in the bourbon industry is as a brand ambassador.  It’s an opportunity to travel places where bourbon might not be the most popular spirit on the shelf in order to educate people about why it should be.  Bobby Burk is the Kentucky Brand Champion for Bulleit Bourbon, a relatively new brand in the decades-old bourbon industry started by Louisville native Tom Bulleit.  The Whiskey Wash recently caught up with him to learn more about his duties: 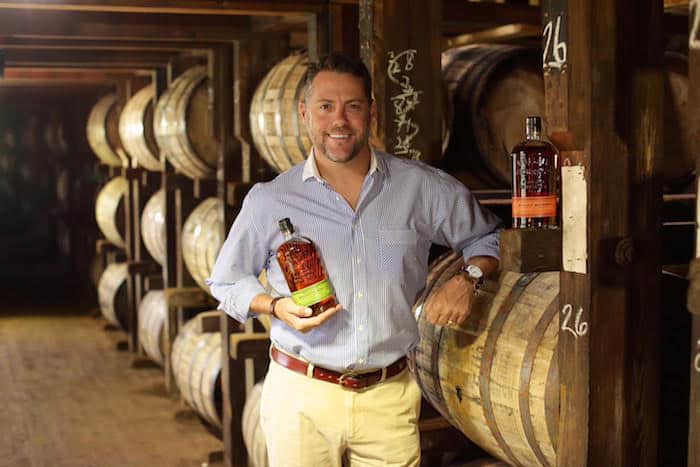 1) What are your official duties as Kentucky Brand Champion for Bulleit Bourbon?

It’s the best job in the world.  I’m fortunate to have worked with the Bulleit family and brand for many years.   As Kentucky Brand Champion, my primary role is to share Bulleit’s high-rye whiskey and our sense of family and hospitality with consumers and trade.

If the job title sounds broad, that’s because it is!  There isn’t much I don’t do – I host our trade partners when they visit Kentucky, I educate consumers at bourbon festivals, I help to produce our events at cocktail festivals, I work with bartenders and artisans here in Louisville and I’ve been privileged to have a “hands-on” role (think power tools) in the restoration of the Stitzel-Weller Distillery.  Most recently, my ambassador role has taken me to all corners of the US as part of the Bulleit Woody Tailgate Tour.

2) Bulleit has a pretty sweet woody. Where are some of the places you’ve taken it? 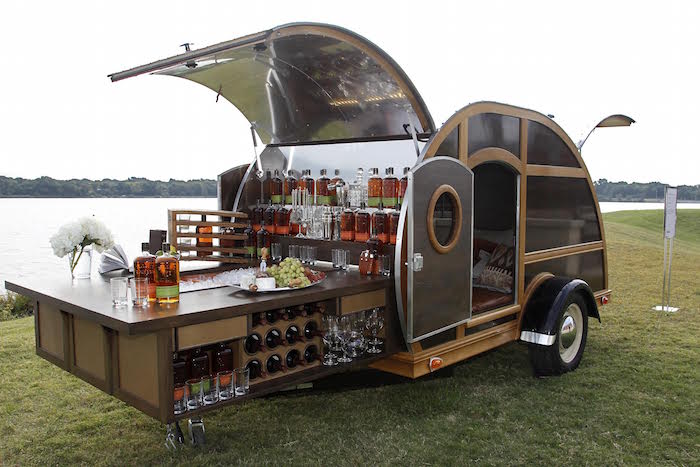 The Bulleit Woody (image via Bulleit)

Thanks for the compliments on the Bulleit Woody Tailgate Trailer – it’s a “brand ambassador” in itself!  It was actually built in 2012 for the Neiman Marcus Fantasy Gift Guide – it’s lined with used Bulleit Bourbon barrels and has an amazing pull-out bar designed by Jim Meehan.  Since then, I’ve hauled the woody to every corner of the country to share with the world how we tailgate here in Kentucky – think bourbon cocktails, gourmet pimento cheese, proper attire, a spirited sense of tradition and a sweet ride (obviously).

We’ve been to the Super Bowl in Arizona, Market Street in Louisville, the Red River Shootout in Dallas, Google HQ in Silicon Valley, at the foot of the Golden Gate Bridge in San Francisco, Lake Tahoe, inside Fenway Park in Boston – and everywhere in between.  (Just check out our Instagram.)  It technically belongs to the brand, but it’s really “my baby,” having been on the road with the Woody for a good part of the past year.  I love pulling up to a tailgate and watching people freak out at the sight of the Woody.

3) How do you typically drink your Bulleit? Neat? Rocks? Cocktail?

I typically sip on a cocktail because I’m so enamored by the endless creativity of the barmen and women around the country.  Bulleit Bourbon and Rye are high in rye content, so they’re nice canvases for experimentation by the bartenders – and I’m always happy to be the guinea pig.

4) What is your favorite bourbon cocktail?

One of my favorites is a spin on the classic Negroni – it’s called the Boulevardier.  1 oz. Bulleit Rye, 2/3 oz. Campari and 2/3 oz. sweet vermouth stirred with ice and strained into a cocktail glass with an orange twist.  Perfection!

5) How did you start your career path?

After more years than I care to admit working as an entrepreneur in the live entertainment and promotions industry, I began to work with my business partners on a few marketing projects for a little brand called Bulleit Bourbon.  Through my work with Tom Bulleit and the brand team, I was very quickly made to feel like a true member of the Bulleit family and was entrusted with a lot.  (See above!)

I became hungry to share what I loved about this brand with the world and get as involved as the team would let me.  Everyone on the team works so hard and with such passion – I’ve grown along with the brand, both personally and professionally, and it’s been nothing short of a fairy tale for me.