Old Pogue Distillery is located in Maysville, Kentucky, on the easternmost edge of what could be considered prime bourbon country real estate.  Kentucky’s thick limestone shelf doesn’t extend much farther eastward from that point, and the limestone filtered water has always been a crucial component of Kentucky Bourbon Whiskey.  It’s quite a trek to get there- about 3 hours from Louisville- making it an outlier on the Kentucky Bourbon Trail Craft Tour. 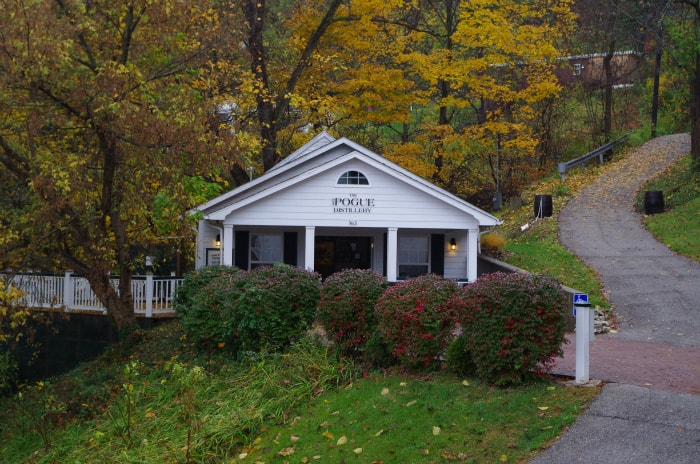 The Pogue family began distilling whiskey in Maysville in 1876 at the H.E.Pogue distillery just a stones-throw away from the current location.  After a series of tragedies, including the death of a Pogue in a distillery accident, Prohibition finally dealt the distillery its final death blow.  The family was initially able to hold on to their whiskey stocks- 4,000 barrels- for medicinal purposes until 1926, when 1 barrel out of the 4,000 was discovered to be empty and the government seized the whole lot.

H.E. Pogue considered continuing in the whiskey business when Prohibition ended in 1933, but he instead ended up selling the property in 1935 to the Rose Distillery.  Rose continued to make Pogue until 1939, when Schenley bought the operation and converted it to an ethanol plant.  The original Pogue distillery, which sat vacant for decades, was finally destroyed in a fire in 1973.

Massive amounts of memorabilia from the Pogue distillery remained spread through the family over the years, and finally in 1990 a few of the Pogue descendants decided they needed to do something with all the historical artifacts.  They began by contract distilling Old Pogue, barreling their first whiskey in 2004, finally moving their operation to its current location five years ago.  They are currently producing bourbon and rye whiskeys. 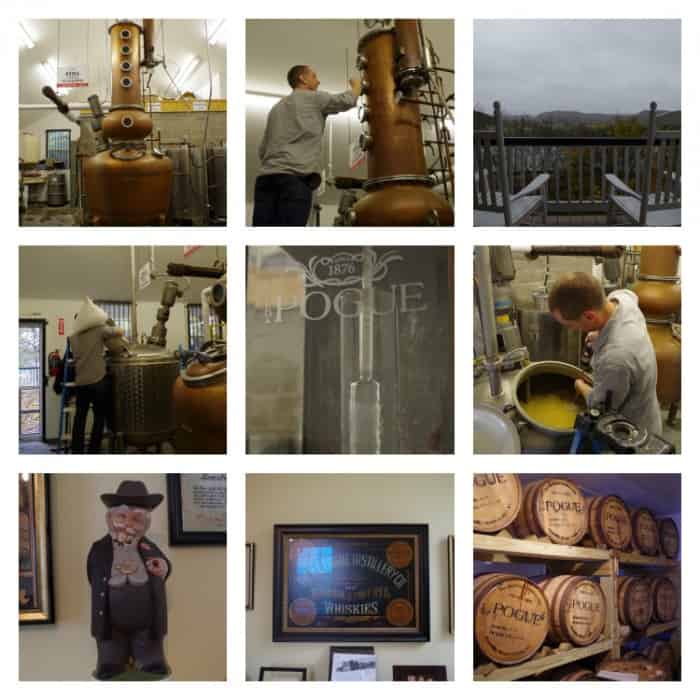 The Old Pogue Distillery is open for visitors, though it helps to call well in advance to make your appointment.  John Pogue is not only the distiller of the 50 barrel a year operation, but also often functions as the tour guide.  It’s a unique experience being shown around the distillery while the guide is in the midst of making whiskey, and you’ll often find he has to excuse himself from the tour to turn a knob or flip a switch.

Tours are offered Wednesday-Saturday at 10 a.m. and 2 p.m. as well as Sunday at 2 p.m. by appointment only.  Click here for more info.