Distilled on the column stills of MGP Ingredients in Lawrenceburg, Indiana, these elixirs have been aged and bottled in Valentine Distilling Co.’s Ferndale, Michigan facility. In addition, the Mayor Pingree line includes the Orange Label Rye, Limited Edition Blend Black Label Bourbon, as well as the rarer Barrel Blue Label Bourbon. Their Red Label Bourbon made a comeback in spring of 2019 after being in such high demand that it was bought out of market shelves. 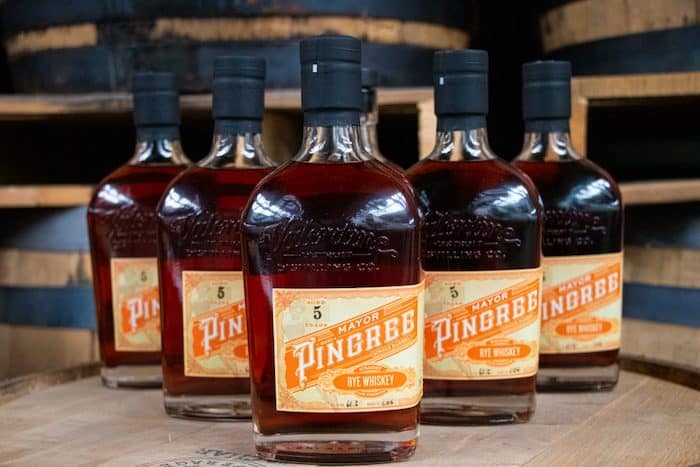 “We’ve had such a strong demand for Mayor Pingree bourbon and rye that it’s great to bring more of them to market,” said Rifino Valentine, Founder of Valentine Distilling Co., in a prepared statement. “It is nice to see the enthusiasm not only with these casks, but with our entire line of whiskey. I don’t think these will stay on the shelves very long.”

As a single barrel program, a limited amount of these cask strength barrels have been hand-picked by select Michigan retailers with additional markets launching later this year. The 5-year single barrel bottles are pricing around $66 per 750 ml bottle.

Founded in 2007, Valentine Distilling claims to be one of the state’s oldest modern distilleries. In 2019, the company unveiled its commitment to a 10-year climate sustainability initiative to be a more eco-friendly, clean and green, sustainable manufacturer. Over the 10-year period, their ambitions include saving 4.75 million gallons of water, investing $500,000 toward the goal of reducing energy usage, recycling, and re-using raw materials and generating clean energy.