Texas-based TX Whiskey announced recently it has brought to market a straight bourbon whiskey finished in Cognac casks, the third expression in its Barrel Finish Series.

The new spirit follows the TX Straight Bourbon Tawny Port Finish and PX Sherry Finish. The third and final experimental release marks a bittersweet milestone as it’s the last expression from TX Whiskey’s tenured Master Distiller, Rob Arnold, who stepped down after a decade of service.

“We are truly grateful for Rob’s impact on TX Whiskey, and for his careful cultivation of our award-winning portfolio,” said Steve Gordon, director of marketing for TX Whiskey, in a prepared statement. “As a testament to Rob’s brilliance, we’re committed to preserving the spirits so many have come to know and love while evolving and innovating the TX Whiskey brand.” 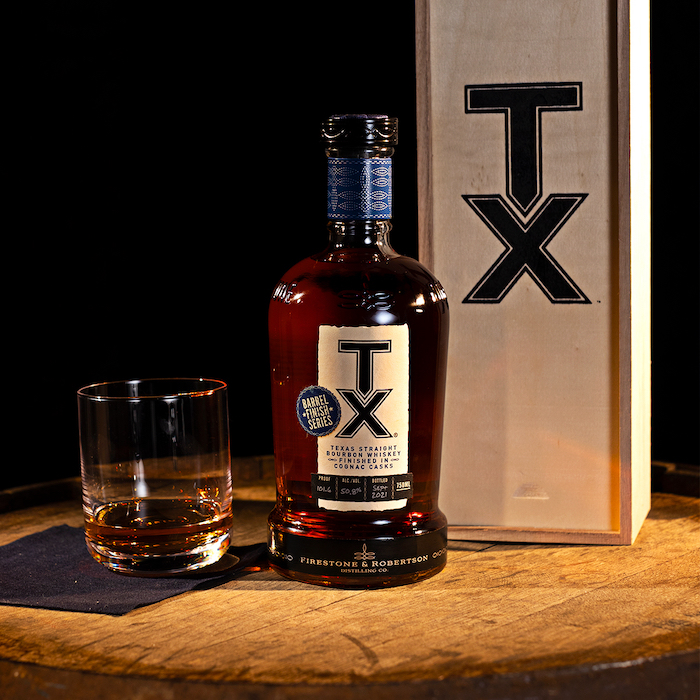 Arnold hand-selected the Cognac casks for this expression, which had been used over the course of multi-year maturation experiments, and ultimately selected to finish two-year-old Texas Straight Bourbon over 17 months.

This will be the first TX Whiskey expression distilled at Whiskey Ranch, which is described as the brand’s 112-acre artisanal distillery experience in Fort Worth, Texas.

Arnold said that some of the highest peaks of his career at TX Whiskey include “isolating our proprietary wild yeast strain, reviving forgotten heirloom and new varieties of corn, helping to bring rye & barley cultivation back to Texas, developing novel toast profiles used in our barrel aging program, developing a collaboration with Sawyer Farms with the goal of becoming a single-farm distillery for our straight bourbon expressions, and creating the first ever Bottled-In-Bond Texas bourbon.”

“As I move on to focus on a career in scientific research and whiskey writing,” Arnold said, “I have full confidence in the brand’s legacy under the leadership and expertise of Ale and Evan.”

Master Blender Ale Ochoa and Head Distiller Evan Brewer have been handpicked by Arnold to lead distillery and production operations.

TX Straight Bourbon Whiskey Finished in Cognac Casks is a limited release with a suggested retail price of $64.99. It’s available in Texas.