The High Rye Texas Straight Bourbon has a mash bill of 75% corn, 21% rye, and 4% malt. Each bottle was aged for more than five years in American oak 53-gallon barrels. They are bottled at 121.4 proof and can be altered with the addition of water.

Without water, the High Rye Texas Straight Bourbon has rye spice, stone fruit and oak aromas with sweetness beneath. Add water and the rye spice is joined by caramel, brown baking spices and fig, the distillery said with regards to official tasting information. 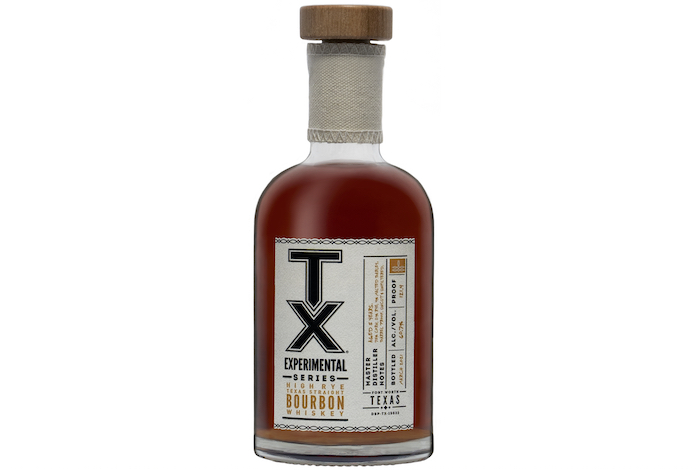 “Our second experimental release follows our focus on grain and its flavors. This unfiltered High Rye Bourbon (21% rye) release dives into the role of rye as a flavor grain in bourbon, rather than being the sole grain as in the first TX Experimental Series release. While the rye spice shines through, the mellowing character of the corn, and the slight sweet aroma from the malt can be experienced as well,” said Firestone & Robertson Head of Whiskey Science, Ale Ochoa, in a prepared statement.

There were just 1200 bottles of High Rye Texas Straight Bourbon made and available for purchase. They will be sold at a suggested retail price of $39.99 at the distillery’s “Whiskey Ranch” in Fort Worth. The limited rye bourbon will only be available in 375ml bottles and limited to two per customer in a 30-day period. The bottles hit the shelves on June 18.

TX Whiskey was established in 2010 by Leonard Firestone and Troy Robertson, and is now part of the Pernod Ricard spirits family. The distillery sits on 112 acres of historic golf grounds — making it one of the larger craft whiskey distilleries in the United States.

0
Shares
514
Views
Share on FacebookShare on TwitterGet Our Newsletter
Get The Glenlivet 18 Year Old at ReserveBar. Shop now!