For this expression, the TX team focused on what they say is the art of the blend, using different components to create a completely new expression. 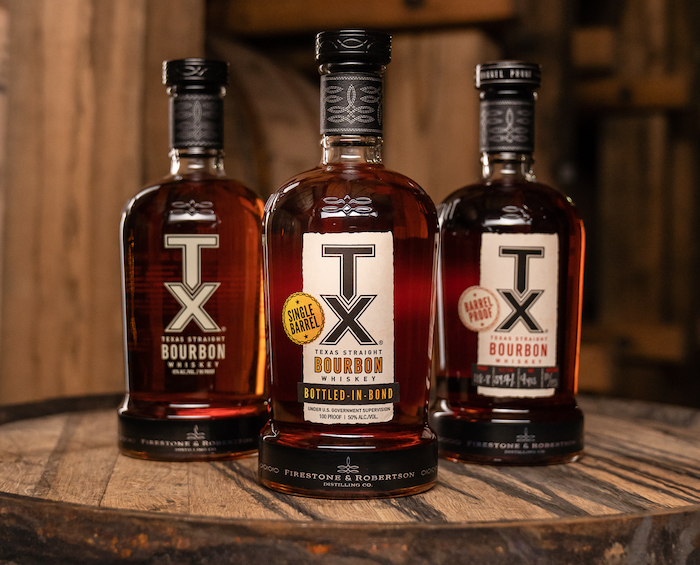 Along with the growing TX Experimental Series, comes the re-launch of the Bottled-In-Bond Texas Straight Bourbon Whiskey (image via TX Whiskey)

“We wanted to create a product that would not have been possible without blending and finishes,” said TX Master Blender Ale Ochoa in a prepared statement. “The warmer flavors of smoke, red wine and maple complement the current season, showing a spectrum of what can be created by combining different styles and flavors.”

Only a thousand bottles of TX Experimental Series Blended Straight Bourbon Whiskey will be available for purchase for $39.99 at TX’s Whiskey Ranch. The limited release will only be available in 375ml bottles.

With its recent interest and quick sell out, the TX distillery team identified another barrel to use specifically for Whiskey Ranch. This expression made its mark at TX Whiskey just under 10 months ago, now making its second appearance on the market within a year of its original launch date.

The Bottle-In-Bond is available to purchase for $49.99 at the Whiskey Ranch, in Fort Worth, Texas as well.

Established in 2010 by Leonard Firestone and Troy Robertson, and now part of the Pernod Ricard spirits family, TX Whiskey is an artisanal distillery and the brand’s Whiskey Ranch sits on 112 acres of historic golf grounds making it one of the largest whiskey distilleries.

For more information, check out www.frdistilling.com.