Distilled in oak barrels with four different levels of char crafted with pure mountain water and aged in a dry, alpine ecosphere, American Woman Whiskey is finished in the foothills of the Rocky Mountains. The bourbon matures at 5,400 ft in elevation for over 2 years, before each char level is combined to create the finished product, which is strong in heartland corn (98%) and a touch of malted barley (2%), according to official tasting notes.

Designed by Paul McTaggart, the bottle is a glass rendition of a woman with a strong forward gaze and won the distillery a United States Design Patent in April 2018. 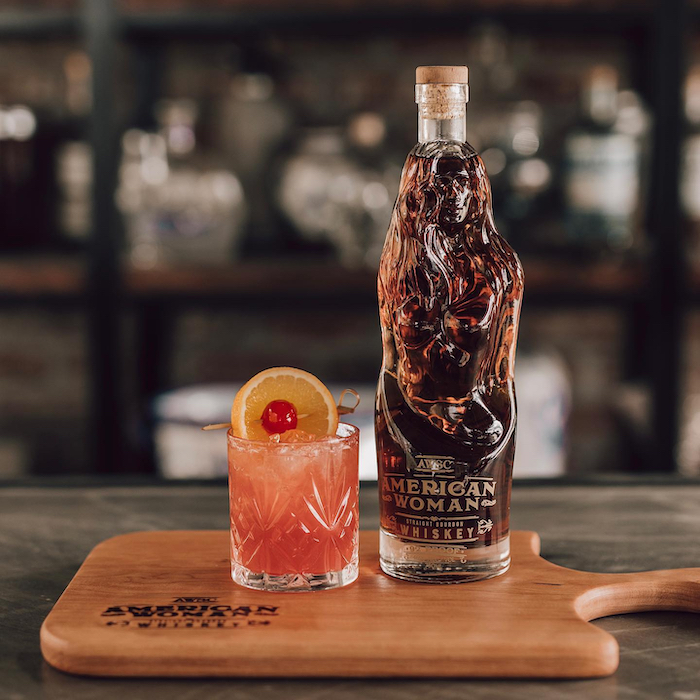 Founded by Dr. John Lupori of Steamboat Springs, Colorado, the brand has brought together a group of entrepreneurs who work together to honor the innovation and courage of women and men from every corner of the nation. Currently, Lupori works with mission trips to repair children with facial deformities. He has hopes to promote love, life, liberty and the pursuit of happiness with this endeavor, according to the distillery’s official website.

American Woman Whiskey has pledged 1% of proceeds to the Caroline Lupori Outstanding Woman Award, which supports the efforts of female artists and entrepreneurs.