At some point in the lifecycle of every new brewery, winery, or distillery comes an issue with a label. What mustit say? What can’t it say? Why can’t it say what I want it to say?

Complying with the rules established and enforced by the U.S. Treasury Department’s Alcohol Tax and Trade Bureau (TTB) can be variously frustrating, confusing, and infuriating; not to mention time-consuming and sleep-inducing.

What good are rules to consumers if even the producers don’t understand them?

On November 26, TTB published a proposed ‘modernization’ of its labeling and advertising rules, the first such comprehensive revision in living memory. The public, as well as the industry, may submit comments about the proposal and we have until March 26, 2019 to do so. You can write them a letter or comment electronically at Regulations.gov, with the complete text of the proposed new regs also being available there. The docket number is TTB-2018-0007. 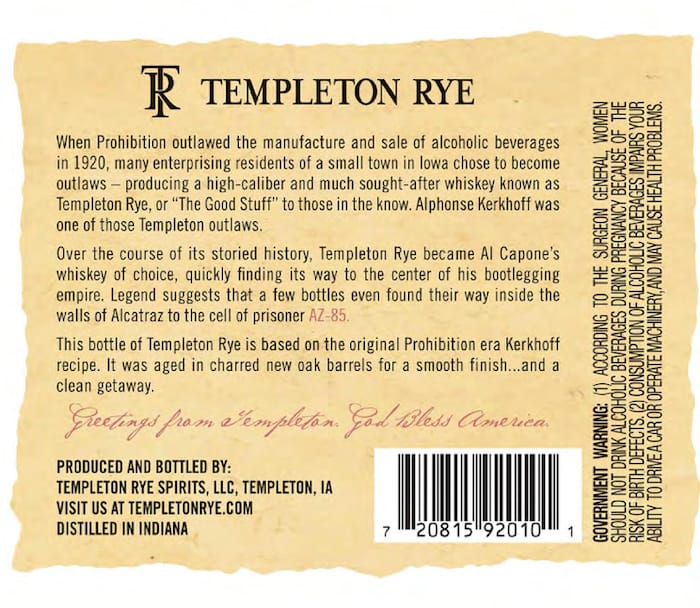 TTB’s intention to do this was announced several years ago and the agency has been receiving suggestions ever since, some of which are incorporated in this proposal. It may be several years before the new rules are adopted, and several more before they are fully in effect. For instance, producers will have three years to comply. This will allow them to coordinate new labeling requirements with scheduled labeling changes and use up existing stocks of labeling and packaging.

As established by the Federal Alcohol Administration Act, debated and enacted in 1935, the purpose of the rules is, “to insure that the purchaser should get what he thought he was getting, that representations both in labels and in advertising should be honest and straight-forward and truthful. They should not be confined, as the pure-food regulations have been confined, to prohibitions of falsity, but they should also provide for the information of the consumer, that he should be told what was in the bottle, and all the important factors which were of interest to him about what was in the bottle.” (Quotation from the legislative history cited in the proposal.)

The rules have been amended over the years, as new laws have been passed and issues have arisen. TTB’s purpose in undertaking this ‘modernization’ initiative is, “to amend these regulations to improve their clarity and readability, to improve compliance, and to ease burdens on the regulated industry. The amended regulations will take into account modern business practices and contemporary consumer understanding in order to modernize the regulations.”

The purpose of this article is to highlight some of the more notable proposed changes as they apply to whiskey. Some aren’t really new. Many have already been established through circulars that TTB releases periodically to provide industry guidance. After the new rules are adopted, you can forget about all those old circulars, as everything contained in them either will have been incorporated into the new rules or discarded.

Drawing the most attention is TTB’s proposal to replace the currently undefined term, “oak container,” with “oak barrel,” defined as a “cylindrical oak drum of approximately 50 gallons capacity.” TTB anticipates that some producers will object to this and “seeks comment on whether smaller barrels or non-cylindrical shaped barrels should be acceptable for storing distilled spirits where the standard of identity requires storage in oak barrels.”

To the best of my knowledge, no one has been clamoring for this. Many craft producers use barrels as small as five gallons. This probably should be left alone.

The regulations have long required that whiskey be made from “grain,” a term which they will now define as including, “cereal grains as well as the seeds of the pseudocereal grains: amaranth, buckwheat, and quinoa.”

Another big complaint in recent years has been when producers fail to identify where a whiskey was originally distilled or provide misleading information to make it appear as though the producer is the original distiller, when that is not the case. The new rules provide that the state of original distillation must be shown on the label and specifies how.

Somewhat weirdly, TTB is going to the trouble of stating that ‘whisky’ and ‘whiskey’ are both acceptable spellings and mean the same thing. Previously in the regs, only the ‘whisky’ spelling was used, even though most American whiskey-makers use ‘whiskey.’ Obviously, the ‘ey’ spelling has long been acceptable to TTB in practice.

The new rules will make it clear that a whiskey must be labeled according to the classification that best describes it, so if a whiskey qualifies as bourbon, it must be labeled as bourbon. This has always been the case, but the proposed rules will, for the first time, acknowledge what has long been the one notable exception: Tennessee Whiskey, which doesn’t have to use the term “bourbon” even when it can.

It also will codify for the first time that coloring, flavoring, or blending materials may not be added to any products designated as “bourbon whisky.” This has long been TTB’s policy, but now it will be in the rules explicitly.

This may prove to be a problem in export, as rules in most other countries don’t recognize any unaged spirit as “whiskey,” not even corn whiskey.

TTB acknowledges that although the phrases “bottled by” and “distilled by” are unambiguous, the meaning of other commonly-used terms such as “produced by,” “made by,” and “manufactured by” may not be entirely clear. It doesn’t propose any changes but solicits comment about their use. To me, those terms are inherently ambiguous, only used to mislead, convey no useful information to the consumer, and should simply be prohibited.

The document published last month by TTB is just one step in what will be a long process, but now is the time to submit your comments about the proposed changes, or about things that aren’t changing that you think should.

Although TTB doesn’t say so outright, it is the many new “industry members,” craft distilleries and other small producers, who have pushed TTB to take this initiative. They clearly are changing the industry at every level.