The Town Branch brand of American whiskeys has been around for a number of years now, one of the slightly lesser known of the various whiskey makers coming out of Kentucky. Working under Lexington Brewing & Distilling Co/Alltech, the Town Branch distillery is best known for its bourbons. It does special bottlings like all the rest, however, and just debuted two new limited edition expressions.

The first, the new Town Branch Double Oaked Kentucky Straight Bourbon Whiskey is, according to those behind it, a non-age statement bourbon that has been re-casked into a second round of new charred white oak barrels. It is a 94 proof expression (47% ABV) that has limited official tasting notes of “caramel and oaky with hints of brown sugar and cherry.” 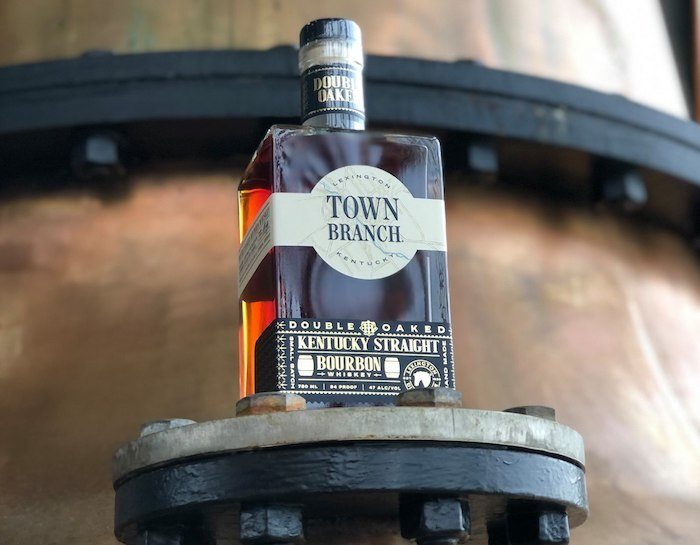 Joining it is the new Town Branch Kentucky Cask Strength Single Malt Whiskey. It is been exclusively aged in what’s described as “freshly decanted” Oloroso sherry casks for an extended time off 11 years. The official flavor profile emerging from this offering is said to have “a beautiful deep color” and “impressive flavors of dark fruits and chocolate.”

Lexington Brewing & Distilling Co., for those unfamiliar with it, was founded back in 1999 by the late Irish entrepreneur Pearse Lyons. It is primarily known for its flagship Kentucky Bourbon Barrel Ale. In 2012 the opening of the Town Branch distillery put this spot on the Kentucky Bourbon Trail, with production of other whiskeys here including Town Branch Bourbon, Town Branch Rye, Town Branch Malt, Pearse Lyons Reserve malt whiskey and Bluegrass Sundown bourbon-infused coffee liqueur.