Tom’s Town Distilling Co. out of Kansas City, Missouri, is said to be the first legal distillery in this city’s downtown area since Prohibition. Founded in 2015 and named for an “infamous” Prohibition political boss known as Tom Pendergast, the distillery team here recently unveiled a new bourbon that’s gone through a double oak process.

Tom’s Town Double Oaked Bourbon, according to those behind it, begins with traditional aging in white American oak barrels, followed by a second aging with French and American oak staves. The staves are said to bring out notes of cocoa and caramel, “without the bitterness that can sometimes come with additional aging.” 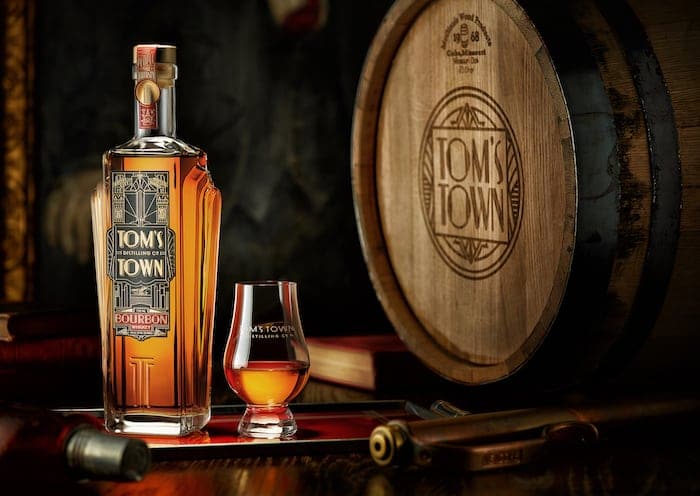 “We are excited to add this approachable bourbon to our line of unique craft spirits,” said Tom’s Town co-founder David Epstein in a prepared statement. “Our new bourbon is versatile, smooth, and will be the perfect addition to any bourbon cocktail. Like all of our spirits, it has a lot of personality and flavor.”

“David and I have always been passionate about creative, pioneering spirits,” added co-founder Steve Revare. “The finishing process of our Double Oaked Bourbon creates a smooth, distinctive flavor and an exceptional spirit. This is further proof that our distillers’ demanding attention to detail creates a one-of-a-kind product.”

This new bourbon, bottled at 90 proof (45% ABV), is being targeted as “perfect for cocktails.” Presented in an art deco style bottle, limited official tasting notes suggest that “with notes of maple, butterscotch and honey, this bourbon provides a soft mouthfeel and a pleasant warm spice in the middle. The finish is smooth and velvety, with baked cinnamon and toasted nuts.”