That Old Story About Pappy, Maker’s Mark And Old Fitzgerald

Editor’s Note: This article is reposted with permission from its author.

What goes around comes around, even if it takes 35 years.

Today, someone asked about “the Pappy, Old Fitzgerald, Larceny turn of events. Pretty interesting story that I’ve heard numerous times from multiple folks in the industry. In short Old Fitz is pretty much Pappy lol.”

I may be to blame, as at least one of the original sources for that story, and maybe the only one.

Many years ago, before I even started to write about bourbon, when I lived in Louisville, I had a friend who had worked in the marketing department at Old Fitzgerald (AKA Stitzel-Weller) when it was still an independent distillery owned by the Van Winkle family. His boss was Pappy Van Winkle. As my friend told the story, Bill Samuels Sr. and Pappy Van Winkle were close friends. Bill told Pappy he was planning to start up the old distillery that became Maker’s Mark. Pappy supposedly gave him the Old Fitz recipe and said, “make this and charge an arm and a leg for it. You won’t bother me because that’s not my business.” 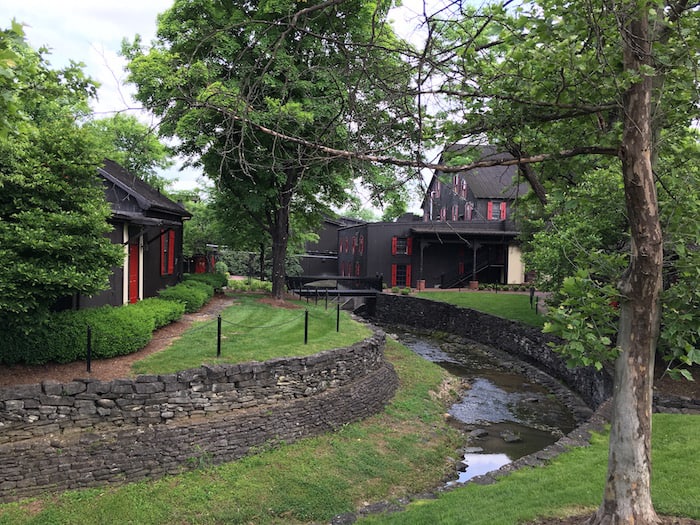 Years later, I told Bill Jr. the story and he more or less confirmed and expanded on it, saying his dad solicited advice from a lot of people. He said Pappy also gave his dad the Old Fitz yeast, but the first distiller at Maker’s, Elmo Beam, brought his own yeast, which had at any event its roots with Elmo’s father, Joe Beam, whose brother-in-law, Will McGill, was master distiller at Old Fitz, so the two yeasts were very similar.

My friend’s point in telling me the story was simply that if I liked Maker’s Mark (which I did) I should try Old Fitzgerald (which I did) because it was almost the same and quite a bit less expensive.

In those days, of course, Old Fitzgerald was still made at Stitzel-Weller, although the Van Winkles no longer owned it. In 1992, that distillery was closed and Old Fitzgerald production moved to the new Bernheim Distillery. When the Van Winkle bourbons sold by Pappy’s grandson became the phenomenon they are today, the whiskey literally was Old Fitzgerald. In 2003, Van Winkle production moved to Buffalo Trace and although they continued to bottle whiskey made at Stitzel-Weller, that was gradually replaced by whiskey made at Buffalo Trace, so today the only sense in which “Old Fitz is pretty much Pappy” is that they are both wheated and both have their roots on Fitzgerald Road.

In 1999, the Old Fitzgerald brand was sold to Heaven Hill, along with the Bernheim Distillery. Buffalo Trace acquired the Weller brand at the same time, so these days it is more correct to say “Weller is pretty much Pappy.” However, every brand is a function of its flavor profile, what the distiller chooses to put in the bottle, so Pappy and Weller are not the same thing, but if you seek good whiskey and not just the status of acquiring a unicorn brand, it’s good to know the origins of those products.

In 2012, Heaven Hill introduced Larceny, which is the same liquid as Old Fitzgerald but with a different flavor profile. Although Old Fitzgerald is still made, it has mostly been replaced by Larceny.