Texas’ Devils River Whiskey, on the heels of showcasing a new single barrel bourbon, has also let it be known they will be opening the doors soon to their new Devils River Distillery in San Antonio, Texas.

The artisan distillery looks to provide a premium whiskey experience for whiskey lovers old and new, according to the brand, through specialty tastings, tours, and even live music on the rooftop. Cocktails and appetizers will be yet another thing guests will be able to indulge in at the 1920s prohibition era bar.

The building where the distillery will be housed, meanwhile, is said to be burning with prohibition history. The Burns Building was chosen as the distillery’s new home and through work with architects, a design team and the historic society, the company was able to create a space true to its history. Guests will see the building’s original copper hardware and floor to ceiling columns from 1919. The team was also able to bring in distillery artisans to custom design equipment imported from Germany’s oldest distillery fabricator. 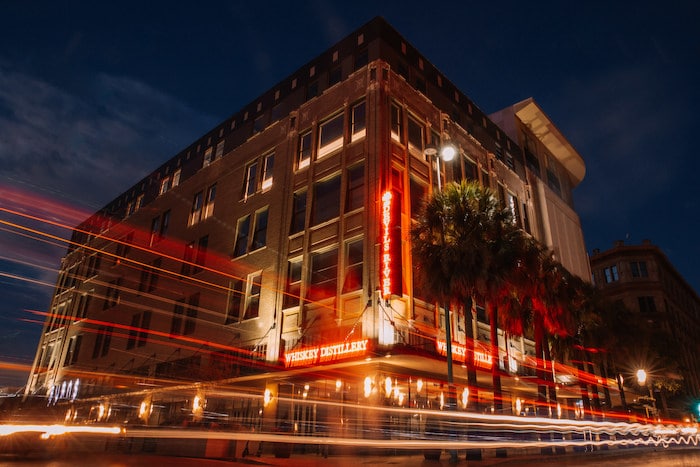 Keeping the history entangled in the distillery’s walls wasn’t the only thing on the company’s mind, either. As distilleries on average can use over 15,000 gallons of non-potable water each day, the Devils River Distillery installed a proprietary system that allows them to recycle and reuse non-potable water, allowing for a more sustainable and environmentally friendly process.

“The opening of Devils River Distillery will allow us to be completely produced, distilled, aged, and bottled in San Antonio,” said Mike Cameron, co-founder and Head Distiller, in a prepared statement. “It’s a feat we are most proud of.”

The Devils River Distillery is set to open its doors soon, so guests should keep an eye out for more information about the grand-opening on the distillery’s website.