A Sweeter Bourbon Is the Newest Thing From A. Smith Bowman

The A. Smith Bowman Distillery in Virginia is a somewhat smaller whiskey operation owned by Sazerac, a company better-known as the owner of the Buffalo Trace distillery and its myriad number of expressions. The folks at Bowman are not to be ignored, however, as they put out some rather fascinating bottlings themselves. The latest of these looks to explore how barrel entry proof affects bourbon flavor profile over long aging periods.

The Abraham Bowman Sweet XVI Bourbon, according to those behind it, was aged for some 16 years prior to bottling, making it one of the older releases from this distillery to date. It is said to be comprised of a bourbon recipe that was distilled to a typical distillation proof. It was then barreled in new charred American white oak barrels at four different entry proofs. The four entry proofs chosen for this experiment were 125, 114, 105, and 90 proof. Each of the barrel proofs were evaluated individually over the course of sixteen years before marrying the barrels together to create the 116 proof release. 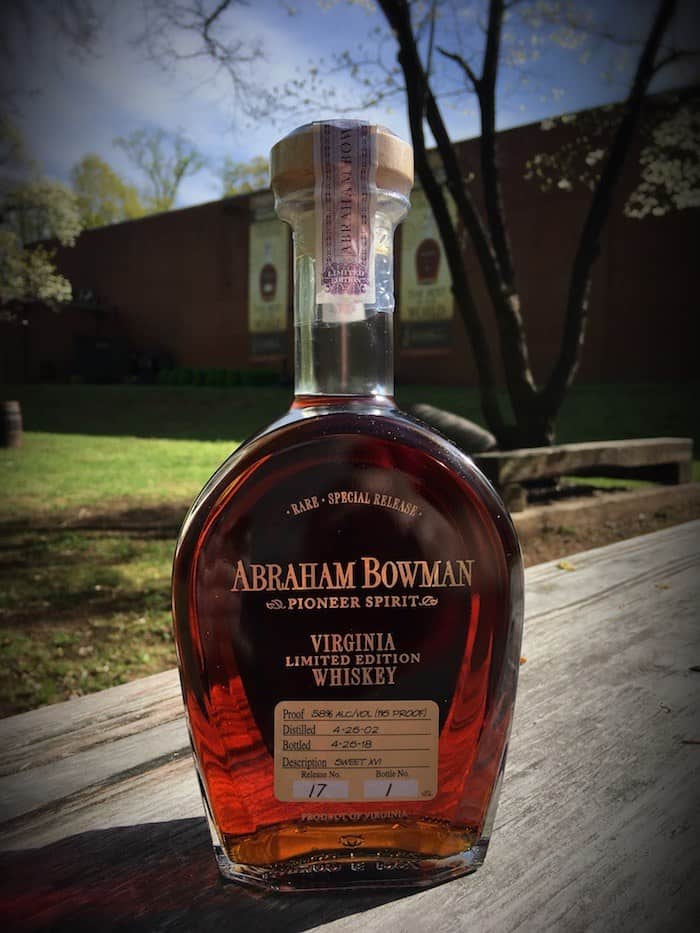 This new bourbon is the seventeenth release of a series of limited edition whiskies named after Abraham Bowman, the commander of the 8th Virginia Regiment in the American Revolutionary War. It is available in Virginia and should hit some other states in very limited amounts this summer. The asking price for it is around $70.

Limited official tasting notes from the distillery suggest “sweet caramel, dried figs and cherry in the nose” and  the taste as “wonderfully sweet with flavors of cinnamon, vanilla, and other brown spice in a pleasant and remarkable long finish.”