Is It Still Bourbon If It’s Not Made In Kentucky?

Think all bourbon is from Kentucky? Guess what – it is not, though as for what defines quality bourbon that’s a bigger question.

There’s a common misconception that bourbon has to be made in Kentucky.  While it’s true Kentucky makes 85% of the world’s bourbon- there are more barrels aging in the state than there are people– bourbon, by legal definition, is a distinct product of the United States as a whole, meaning technically there’s nothing on the books which specifically says it must be from the Bluegrass State.

That being said, bourbon historian Michael Veach has been noted as saying the best bourbon is made in Kentucky, and Kentucky governor Steve Beshear has often joked that bourbon made elsewhere is counterfeit.  There is a general perception that bourbon made outside of Kentucky just doesn’t have what it takes, though there are a few craft distilleries that are on the right track.

The Kings County Distillery out of New York, for example, got its start when a native Kentuckian living in Brooklyn took a look around and realized there was so much curiosity about moonshine culture.

“I grew up in Harlan County and it’s really more the moonshine part of Kentucky than the bourbon part of Kentucky,” said Kings County Distillery founder Colin Spoleman.  “I probably had more experience with moonshine when I was just starting to drink than bourbon.  When I moved to New York I realized that a lot of people did not have that kind of cultural experience and were only familiar with commercial alcohol.  There was something unusual about the culture I came from that I didn’t understand.  It was only after I moved to New York that I became interested in the moonshine culture.” 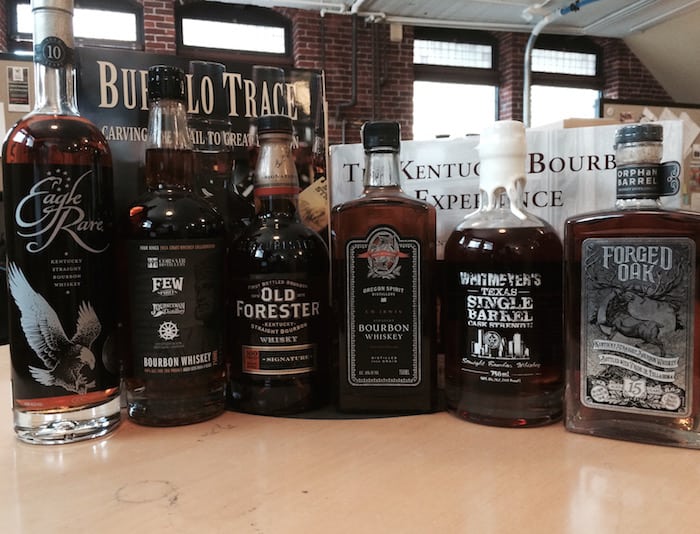 Spoleman explained he didn’t set out to start a distillery, but there was so much curiosity about moonshine when he brought some back from Kentucky nearly a decade ago.  He began distilling with a hobby still shortly after that and then applied for a distilling license in 2007.  It snowballed from there.

“At the beginning the biggest challenge was that there was no one down the road to ask if you were doing something wrong,” said Nicole Austin, distiller and master blender at Kings Country.  “There’s definitely strength in numbers when you can rely on your neighbors.  When we got our license we were quickly followed by number of other distillers in Brooklyn and now we have our own guild.”

When asked whether she feels like she has been accepted by the greater bourbon community, Austin replied, “It was a slow build but we’re definitely getting there.  Initially when we first started we were at the forefront of the trend, and people don’t like change.  It definitely took a while to gain acceptance.  Some of it is still tentative acceptance.  Most people are coming around to realizing the energy the small producers are bringing to the industry.” 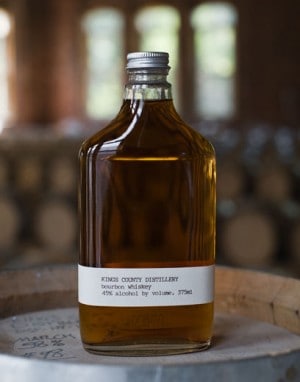 Spoleman, for his part, is careful to point out he’s not trying to compete with Kentucky bourbon, but rather expand its reach.

“I think we have made it clear that we are not necessarily trying to compete with Kentucky bourbon because that’s where I’m from and I appreciate the culture,” he said. “[Instead] we’re trying to do things that are unusual for Kentucky bourbon- not using wheat and rye, using pot stills- we’re out to accomplish something slightly different that just replicating what’s being done in the larger bourbon industry.”

Their bourbon, which has a mash bill of 80% corn and 20% malted barley, is notably produced without flavoring grains.  Kings County is also very well known for their chocolate whiskey, which uses their moonshine as a base and is infused with cacao bean husks instead of artificial flavor like many flavored spirits.

One particular point of refrain from both Spoleman and Austin is that whiskey consumers are becoming better educated about the product than they ever have been before.  When they first got started they were told on a daily basis that bourbon had to be made in Kentucky, which they both looked at as an opportunity for education.

Austin said they hardly hear that anymore, adding, “I think it just shows how well the spirits community has been educating our consumers. It used to be an endless argument and I would pull out the TTB Standards of Identity in a bar and they would insist it was just wrong.  I don’t get that nearly as much anymore.  There’s a growing awareness.  People are asking more questions. They’re much more willing to accept there’s more to the story.”

There’s also always room for more distilled spirits in America.  “I don’t feel like I’m doing something innovative,” said Austin.  “To me I see it as bringing back who we were historically as a country- a producer of distilled spirits everywhere.  I don’t see it as so groundbreaking.” 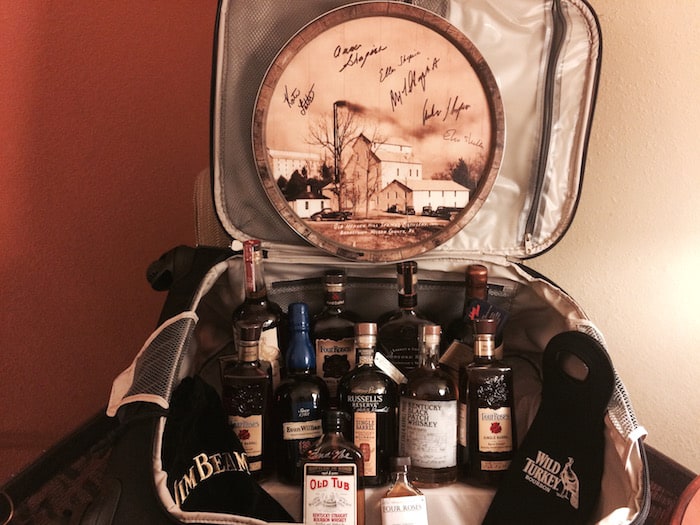 “I would be the first to say the best bourbon in America comes from Kentucky and will for a very long time,” added Spoleman.  “Now that we’ve established [our] bourbon, now we want to tweak it.”  He said the next project for Kings County Distillery is going to be a peated bourbon which, like a peated Scotch, conforms to all the bourbon rules- it’s 70% corn aged in new charred oak barrels- but has a scotch element.  It will still clearly be a bourbon when you drink it, but there will be a hint of smoke to balance out the sweetness.

“We’re trying to carve our own territory,” Spoleman noted.

Now it has often been voiced that one of the concerns bourbon aficionados have about bourbon made outside of Kentucky is quality.  There are some non-Kentucky brands that utilize various rapid aging techniques, for example. Sometimes these are strange methods, including chopping up barrels and putting them in a pressure cooker with the bourbon they briefly contained.

Having mentioned this, trying to age bourbon more rapidly in order to get it to market faster is nothing new.  The now famous wheated bourbon recipe developed at Stitzel-Weller decades ago, for example, was created precisely because they thought bourbon with wheat for its flavoring grain would taste better at a younger age.

I recently asked the soon to retire Jim Rutledge of Four Roses what he thought about distilleries taking shortcuts and he answered simply, “Nothing is going to replace Mother Nature and time.” Drinkers of Kentucky bourbon can thus rest assured- the supremacy of Kentucky bourbon is not in jeopardy.  While there are plenty of great bourbons made outside of the state, Kentucky bourbon will always be the standard by which all other bourbons are measured.