The race to make good bourbon outside of Kentucky or Tennessee is one thing distilleries across a number of states are participating in. There’s something about the crazy heat, the local grains and the water source that make Texas a viable contender at this stage as a statewide industry, however, as I recently witnessed in judging the Texas Whiskey Festival. Now another Texan distillery has jumped into this game with the release of their own bourbon.

The new Still Austin Whiskey Co. Bourbon, according to those behind it, was released earlier this month at this urban Austin, Texas distillery. It is a young bourbon by all accountings, given that Still Austin only began distilling back in late 2017. The Texas heat has a way with getting the whiskey to age there faster, which is something the distillery team realized made it time to release their first bottling under the watchful eye of renowned whiskey blender Nancy Fraley. 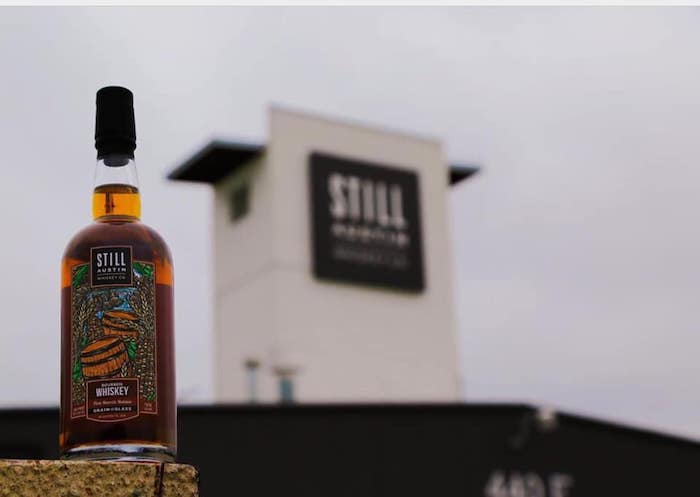 What you have specifically here with this bourbon is a mash bill of 70% non-GMO corn, 25% rye and 5% malted barley, all of which is said to be locally grown in the state. As the distillers put it “we’ve incorporated the Abruzzi and Brassetto rye varieties along with Elbon. To infuse the spirits with a sense of home, we distill with the same white corn you’ll find in Austin’s tortillas.” Another thing interesting about their process is their use of a type of labor intensive philosophy known as élevage which, again according to them,

“weds the bourbon to our local climate while maintaining the spirit’s connection to its original grains. Focusing on flavor and balance, the meticulous practice of élevage uses a slow-water reduction technique to extract flavors from charred oak. While the barrels endure the wild swings of Texas weather, we add a little water each month to bring more ‘mature’ notes, like vanilla and caramel to the forefront.”

“We take great pride in working directly with Texas farmers to be a true grain-to-glass distillery,” said Still Austin’s Head Distiller, John Schrepel, in a prepared statement when giving an update on the bourbon’s aging late last year. “We’ve put a lot of focus on the grains with our whiskeys and are really excited for people to taste it.”

Plans call for the Still Austin bourbon to initially only be available at the distillery and around the Austin area, with a larger national rollout down the road. Official tasting notes for it from Fraley indicate “delightfully sweet aromas shine through on the initial nose, followed by waves of browned butter with baking spices such as cinnamon, allspice, and clove. The alcohol is soft and round on the palate, with a surprisingly long finish, depth, and finesse. Samples from all 24 bourbon barrels were found to be of excellent quality, with no faults whatsoever.”