Located about sixty miles north of Pierre, South Dakota in Brookings, Blackfork Farms is a whiskey-making venture generations in the making.

Gordon Ommen, one of the partners of Blackfork Farms, said his family first came over from Northern Germany in 1889, settling in Southwest Minnesota and have been in the area ever since. Four generations after coming stateside, they moved across the state line to the Brookings area. 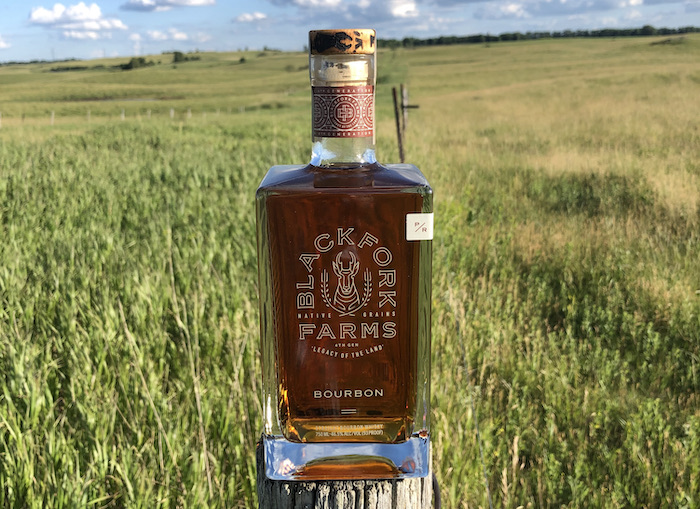 The farm-to-glass distillery hasn’t always been a distillery, though – the family, Ommen says, was traditionally grain farmers and livestock producers. While this hasn’t changed – they currently farm corn, soybeans, and alfalfa  – they also planted native corn species (Dakota White, Coteau Calico, and Cheyenne Red) to create food plots for pheasants, which visitors can hunt on property.

“A few years ago, maybe six or seven, we thought we should take what we have – the native grains – and make them into whiskey,” Ommen says.

They did, but the use of native grains in whiskey making is a trade-off.

“The stock strength terrible, bugs eat it,” Ommen says. “Everything is hard about it.”

“Think of it like eating a chicken that has run around a farm eating seeds compared to one that was raised on factory farm,” he says. More germ, more bran, and more oil create a more complex grain which then yields more flavor – something the yellow #2 does not have, because it was bred to maximize starch and yield. 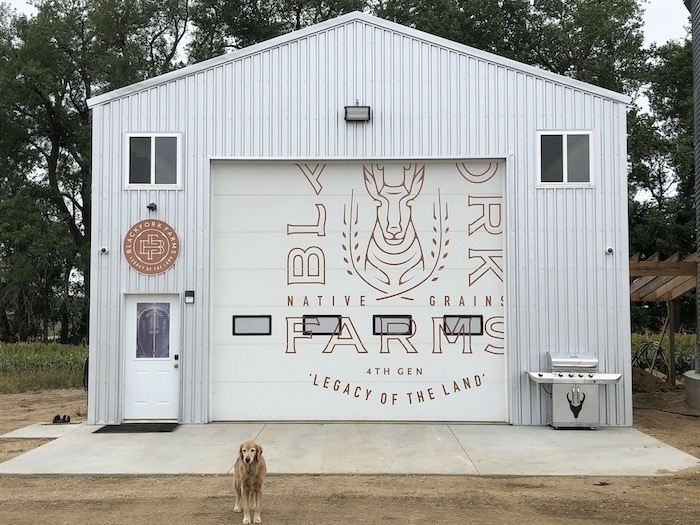 Once the corn is harvested for bourbon making, Ommen says they dry it by smoking it with apple and cherry wood. They mix the legacy grains with malted barley and another heritage grain, BlackForest German rye, which is also smoked on property. The BlackForest rye is an older species of dark rye with large grains to finish out their bourbon.

The bourbon is finished in their solera system, blending older and younger whiskeys together. As they have more years under their belt, Ommen says, he is excited to be able to expand the system, creating an even greater amount of depth that would come from the co-mingling of different-aged liquids.

Since first producing the bourbon, Ommen says they’ve expanded their whiskey offerings by finishing their bourbon in other casks. First, they made a special bourbon for the hunters that come to their property. Finished in toasted French oak, it sold out in 10 days.

Next, Ommen says, they decided to switch it up again. They acquired Mongolian oak casks, and finished their whiskey in them.  Just as with the native grains, Mongolian oak makes whiskey-making a bit more complicated. Not only is it more expensive than American or French oak, but the barrels are prone to leakage, requiring consistent supervision to ensure nothing goes terribly wrong. Regardless, Ommen deemed the release a success.

“Lo and behold,” he says. “People liked it. There’s a little more banana in the flavor. That difference people really enjoyed.”

Currently, only their bourbon is available, but Ommen says they have two other whiskeys waiting in the wings. Black Elk Rye is made using the BlackForest rye and was developed from George Washington’s rye whiskey mash bill. BlackFork’s third whiskey uses locally-grown oats, a popular crop in South Dakota. Ommen says they’ve been playing with wilder strains of oats and the results have been good, even though the whiskey (as well as the rye) is still too young to release. 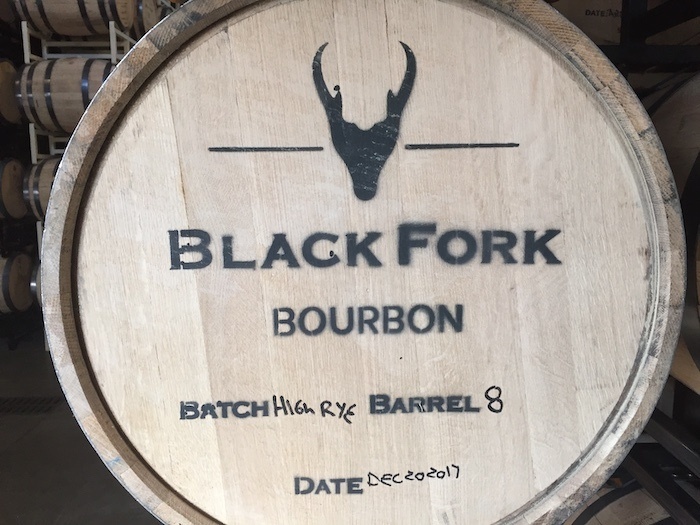 Bourbon at Blackfork aging in barrel (Image via Blackfork Farms)

“We’re excited about [the oat whiskey]. It’s a lighter whisky and a little grassier – more a summer-type of whiskey.”

With such low-yielding grains and small batches of whiskey, one might question the business decision behind running a distillery, but Ommen says that they like to think of the distillery as sort of an “over-sized hobby” thanks to the commercial farming portion of their business.

“We get to work on craft whiskeys from our own grains and we’re having fun with it,” he says. “We’re most interested in having a really good product and experience for people who visit.”

One of the other reasons for the distillery, Ommen adds, is that it helps them contribute to philanthropic causes. Not only are they farming in a sustainable way – the land on which they farm features natural waterways and other features that are landscaped and maintained to preserve and encourage biodiversity – but they double down on protecting the land by giving to a variety of causes that support land and water conservation. To that end, 100% of the profits from BlackFork Farms whisky sold go to conservation causes.

“We want to make the world a little better place by helping organizations we believe in and leaving behind some really nice whiskey.”