The 100% local corn, single-barrel bourbon, distilled by Striped Pig master distiller Johnny Pieper, has been aged for over 6 years in the distillery’s bonded warehouse. According to official tasting notes from the distillery, the drink gives off an aroma of maple syrup, opening into brown sugar, caramel and vanilla on the tongue, leading into notes of molasses, raisin, pepper, spice and licorice, before finishing with hints of leather and earthy tones.

This year’s limited release marks a first for Striped Pig and its surrounding area. The concept of bottled-in-bond has been around for over a century, originating with the Bottled in Bond Act of 1897 to ensure what’s described as the integrity of whiskey. Now its high standards serve to many as an indicator of transparency, quality, and authenticity. Every barrel ages differently depending on where and how it is stored, the aging process, as well as on the composition of the cask. 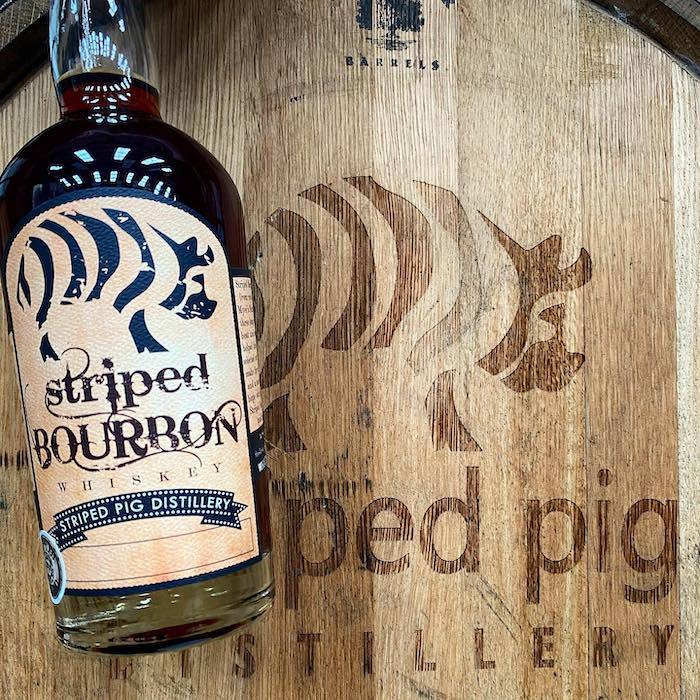 The award-winning Striped Pig Distillery is a woman-owned, family-run business. The distillery recently accoladed ‘SC Distillery of the Year’ and ‘SC Producer of the Year’ at the New York International Spirits Awards and has picked up multiple awards for its lineup of spiced rum, gin and vodka.

“I feel like this is a milestone for women in the beverage business– to be able to open this cask and be the first to taste this bourbon knowing there will only be 140 bottles on the planet, it feels like a historical accomplishment,” CEO Pixie Paula Dezzutti said, in a prepared statement.

The Limited Release Barrel-in-Bond Bourbon is only available for purchase at the distillery at a price of around $100 for those that choose to seek it out.