The vast majority of American whiskey is aged in full-sized 53 gallon oak barrels. Some craft distillers, however, are experimenting with small barrels in an effort to speed up the aging process and get their whiskey to market faster.

The tactic has met with mixed success. Small barrels do have a couple of things going for them. Their small size means one person can move them around the distillery, a serious consideration at some of the most minuscule craft operations. They also create a higher wood surface area-to-whiskey ratio, which accelerates (one aspect of) of the aging process.

Why “one aspect?” In reality, a small barrel shortens the time required for extraction, one of the three major types of reactions that impact aging. More surface area means more interaction between the wood and the spirit, which means more dissolved wood sugars and other compounds that taste like vanilla, spice, and oak. 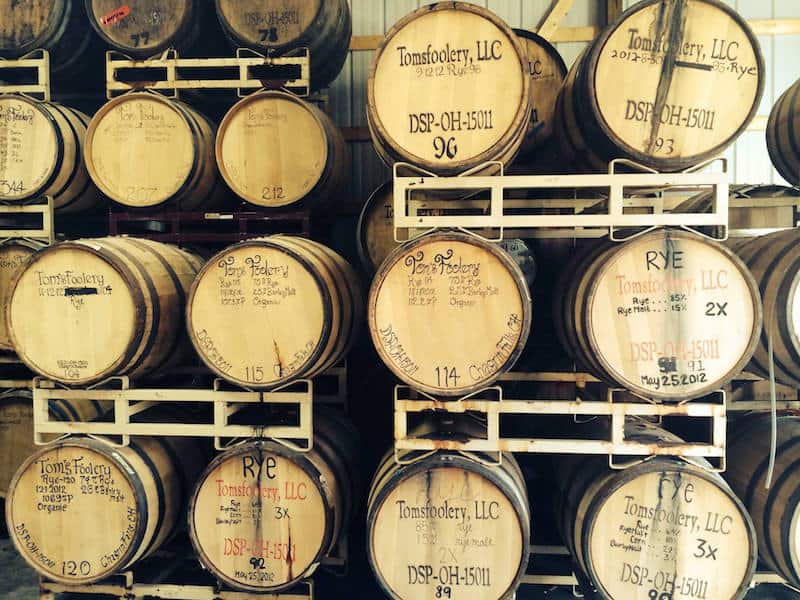 But well-rounded aging also involves two other types of reactions: oxidation, and maturation. Oxidation takes place when spirit is exposed to air, and maturation can only happen over a long period of time, as lignin in the wood breaks down during prolonged exposure to alcohol. These reactions create some of the nutty, leathery, tobacco-y, and even fruity flavors that make well-aged spirits so appealing. And sadly, there are no real shortcuts to oxidation and maturation.

The other problem with small barrels is that they can result in an unpleasantly over-oaked spirit. Ever tasted a craft whiskey that reminded you of your high school shop class, or the lumber section at Home Depot? It’s not pleasant, but the high-extraction environment inside a small barrel can push whiskey from pleasantly oaky to tastes-like-a-two-by-four in very little time, which means craft distillers need to monitor their barrels much more frequently. Full-sized barrels, on the other hand, keep surface area-to-spirit ratios low enough that it takes many, many years for a whiskey to end up truly over-oaked.

It’s worth noting here that small barrels come in a range of sizes, and it seems the smaller they are, the more pronounced their tendency towards over-oaking. Three-year-old whiskey from a 32 gallon barrel can taste great, but if that same distillate spent three years in a five-gallon small barrel, it might end up undrinkably tannic.

As the craft industry matures, I’m seeing small barrels decline in popularity, and I think that’s a good thing. Great whiskey, like so many great things in life, just takes time.