The Industrious Spirit Company out of Rhode Island recently announced the release of their first-ever bourbon, BlueVelvet Bourbon.

The new release is created from a blend of two very unique and distinct blue corns— an organic strain of indigo developed in Kentucky, and a landrace blue variety from Oaxaca, Mexico. After being cooked and fermented, the bourbon is carefully distilled in small batches before resting it in charred new oak barrels for six to twelve months “to taste,” ensuring the corns’ flavors remain adamant. 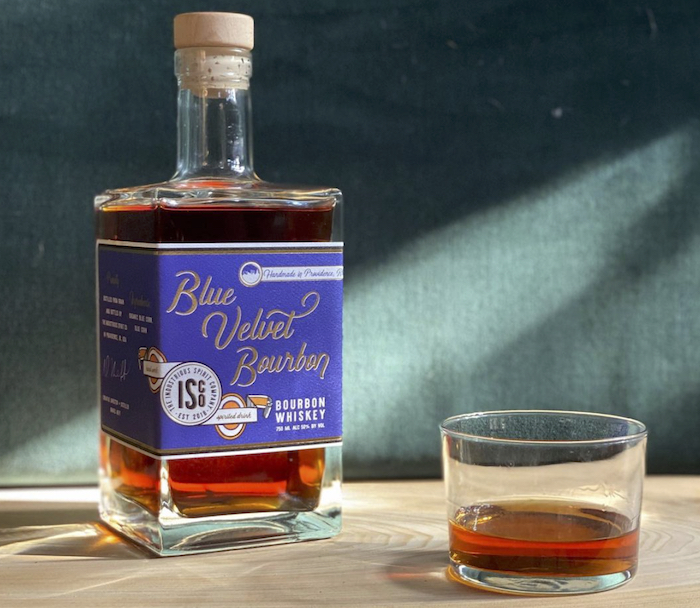 The drink is said by the distillery to contain flavors of caramel, chocolate and vanilla with a signature note of blue corn tortillas, and a long finish of toast and oak. It is bottled at 100 proof.

“We are so proud to release BlueVelvet Bourbon,” head distiller of The Industrious Spirit Company Dan Neff said in a prepared statement. “This has been a very special project for us. While good things take time, and bourbon generally ages for at least two years (as will most of ours), the unique nature of the corns that we used for this special project has allowed us to create something youthful yet fully expressive, showing off our passion for flavor.  Our favorite way to enjoy Blue Velvet is sipped neat or on the rocks.”

The Industrious Spirit Company produces what they describe as sustainably sourced vodka, gins and bourbons at Providence’s first distillery since Prohibition. The company is located on the site of a former industrial mill complex just a mile from Downtown Providence and, since its opening in April 2020, it has gradually expanded its production, sales and on-premise experience, as well as availability in bars, restaurants and liquor stores throughout the Rhode Island state.

Blue Velvet Bourbon is available at liquor stores across the state and directly from the distillery and is one of three newly crafted spirits released from the company in the last nine months, following behind Structural Vodka and Ornamental Gin.