The Rabbit Hole distillery in Kentucky, post acquisition by spirits giant Pernod Ricard earlier this year, has been busy at work readying a new Kentucky straight bourbon for its core line up that is being called Heigold. Its launch also coincides with rebranding of three other whiskeys already at market. All have been given what’s described as “proper names that reflect the Louisville influencers who have gone down ‘rabbit holes’ of their own” and inspired Rabbit Hole founder/distiller Kaveh Zamanian as he built the brand.

The new Rabbit Hole Heigold High Rye Straight Bourbon, according to those behind it, has a high rye mash bill that’s 70% corn, 5% malted barley and 25% malted rye. The bourbon is made with “a proprietary cooking process” before being distilled at the Louisville, Kentucky-based distillery. It is then put into #3 wood-fired, toasted and charred new American Oak barrels at an entry proof of 110 and allowed to age for just under four years before being bottled at 95 proof.

“My mission has always been to bring thoughtful innovation to the spirits landscape,” said Zamanian in a prepared statement. “I call it ‘innovation with a lowercase i.’ So when it came to developing the recipe for Heigold, a process I started four years ago, I stepped away from the conventions of high rye bourbon to create a unique mash bill that features the highest quality malted rye imported from Germany. The rye is sourced from one of Europe’s most important regions for rye grains and it really comes through in the glass with a one-of-a-kind taste. 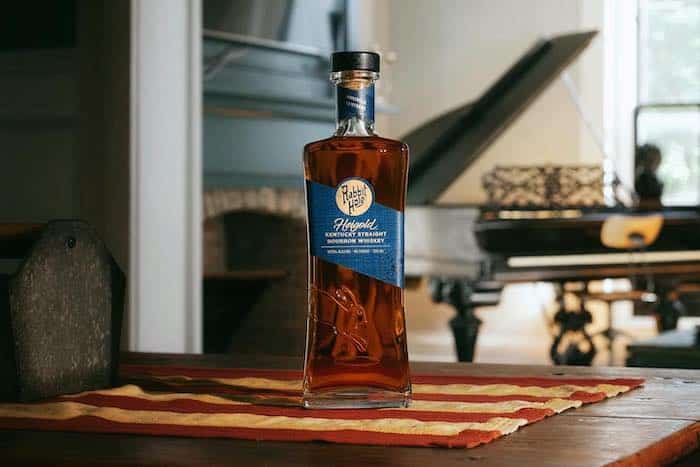 “I’m very proud of Heigold and look forward to sharing it with bourbon lovers and spirits enthusiasts across the country.”

Plans call for Heigold to price around $70 per 750 ml bottle. Limited official tasting notes suggest “creamy notes of butterscotch with bursts of citrus, and finishes with intriguing notes of pepper and spice.” It is named after Christian Heigold, a German immigrant who was a stonemason by trade and resided in Louisville. Heigold is said to have fit the profile of influencers as spelled out at the beginning of this story.

As for the other rebranded bottlings, below is the complete information as mentioned by Rabbit Hole.