Pursuit Spirits, founded by the creators of the popular podcast Bourbon Pursuit, is releasing its highly acclaimed bourbon once again for 2021.

The non-distilling producer, a content partner of The Whiskey Wash, will release 9342 bottles and expand distribution to two new states. The small-batch bourbon has started becoming available in limited quantities this month at a suggested retail price of $65.

Pursuit United is a blend of mash bills from 3 different distilleries in 3 different states, bottled at 108 proof and 54% alcohol by volume. The distillery says the product is non-chill filtered to maintain more barrel character. 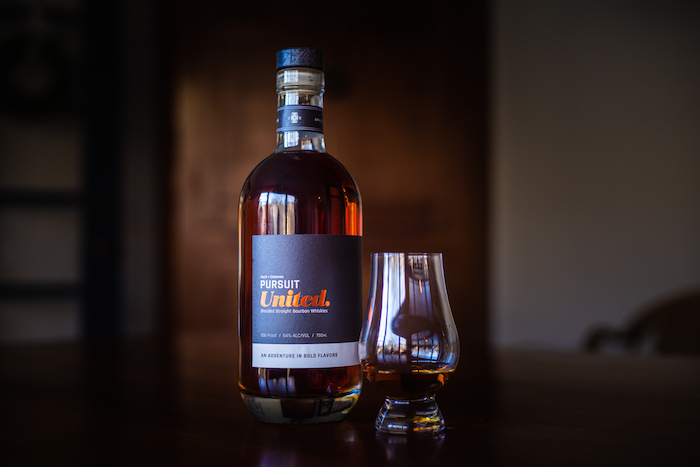 The blend consists of barrels from Bardstown Bourbon Company, Finger Lakes Distilling and an undisclosed distillery in Tennessee that is not located in Tullahoma.

The blend comes after the brand’s first release of Pursuit United in January 2021. It is said by those behind it the new blend was made of 40 barrels, making it four times larger than the original release.

“We took the lessons we learned from the first release and figured out how to do it at scale,” said Ryan Cecil, Co-founder of Pursuit Spirits, in a prepared statement. “Each of our partner distilleries bring a unique component that makes the blend stand out.”

The company is expanding its retail presence to customers in Colorado and Illinois as well.

“Bourbon Pursuit podcast data shows there is a concentration of listeners in Denver and Chicago and we wanted to make it available to them,” said Kenny Coleman, Co-founder of Pursuit Spirits. “We are now filling 1100 barrels per year and will slowly open up new territories as more barrels come of age.”

The final 2021 release is available online at Seelbachs.com and at select retail locations in Colorado, Georgia, Illinois, Kentucky, Tennessee, and Texas.