As global whisky interest grows in leaps and bounds among consumers so also are springing up an increasing number of bars which have as a focus large dedicated lists of this brown spirit. Cruise ship outfit Princess Cruises is embracing this bar concept on the seas, announcing recently its first ship based outlet built around this idea.

Princess Cruises said it had created a dedicated whisky bar on its Australia-based ship the Dawn Princess. The “Magnums” bar brings together some 63 different whiskies from around the globe, “drawing on remote region Scottish whiskies such as Talkiser, classic American bourbons like Knob Hill and approachable Japanese blends such as Hibiki.”

And, in a nod to the local whisky distilleries of Australia and New Zealand, there are the likes of “Bakery Hill’s Double Wood whisky from Melbourne and New Zealand’s South Island Single Malt.” 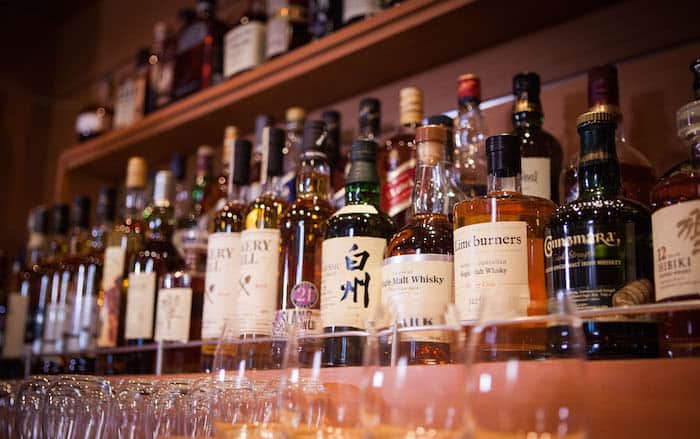 Bartenders working for the cruise line, it is said, will be “on hand to provide advice, while the menu provides notes on the bartenders’ favourites.  Whiskies are available by the nip, with Princess also creating a daily flight of three whiskies for those keen to experience the flavour of different regions.”

“Whether you’re a seasoned whisky drinker or a newcomer to the world of drams,” said Princess Cruises vice president for Australia and New Zealand Stuart Allison in a statement, “Princess has created a whisky list which provides something for everyone. The new concept makes whisky approachable for all our guests so we think it will be a big hit, with guests able to enjoy a drop after dinner and a show or during a languid sea day.”

A video below from Princess Cruises provides a little more insight into what this whisky bar will have to offer.