Remember back in March when we brought you word of the Official Tasting Glass of the Kentucky Bourbon Trail? Designed specifically for tasting bourbon by American glassmaker Libbey Glass, it now looks as if a major flaw has occurred in their design that could potentially be a hazard for drinkers. It is thus now the subject of a rather significant recall.

The bourbon tasting glasses, according to those behind them, can potentially break during normal use, posing a possible laceration hazard to drinkers. Libbey indicated in a recall notice it has so far received two reports of incidents involving 12 glasses breaking. Luckily, no injuries have thus far been reported. 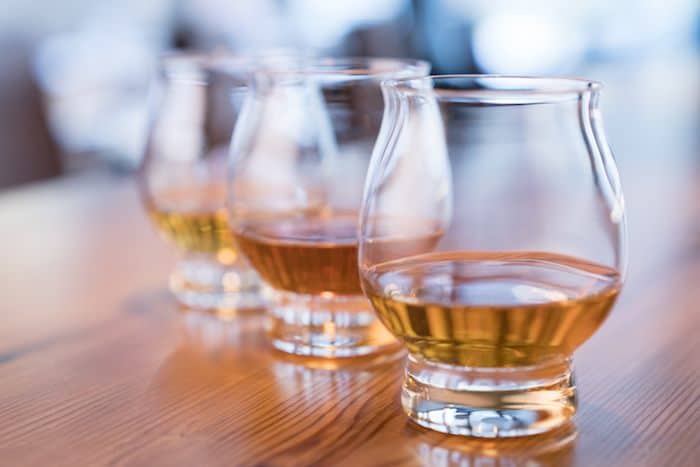 It is said around 229,000 8 oz. glasses are impacted by this. Sold May 2017 through October 2017 for between $20 and $25 for a four-piece set or $6 for the glass sold individually, they were made available at Libbey outlet stores in Shreveport, Louisiana and Toledo, Ohio, Total Wine stores nationwide, various distillery gift shops, commercial customers for use in restaurants, and online at libbey.com, iwawine.com and kybourbontrailshop.com.

Given that you likely have a fair number of whiskey tasting glasses in your drinking cabinet, here’s some more to know about the Libbey one to help sort it out from the rest. The glasses are made of clear, colorless glass and measure about 3 7/8 inches tall.  The glasses have one of three logos laser-etched on the bottom of the glass: “Kentucky Bourbon Trail,” “Kentucky Bourbon Trail Craft Tours” or “SIV”.

It is said consumers should stop using the glasses immediately and return them to the place of purchase for a full refund. If you need more information on this, contact Libbey Glass at 800-982-7063 between 8 a.m. and 5 p.m. ET Monday through Friday or online at www.libbey.com and click on “Product Recall” for more information.