The annual Parker’s Heritage Collection American whiskey release from Heaven Hill Distillery is always something of note to collectors and those looking to try unique, limited edition bottlings from this ongoing series. Now entering its 12th edition, what we have this time around is a bourbon that’s been finished in ex-French orange curaçao liqueur barrels.

The new Parker’s Heritage Collection 12th Edition, according to those behind it, was done in collaboration with master blender Alain Royer and is a bourbon that was aged for seven to eight years in the upper floors of Rickhouse Q at Heaven Hill. It was then bottled at 110 proof following a finishing period of four months in barrels that previously held French orange curaçao liqueur.

The orange curaçao finished offering is the second barrel-finished bourbon in the series, with a previous edition featuring a cognac finished Kentucky straight bourbon whiskey. 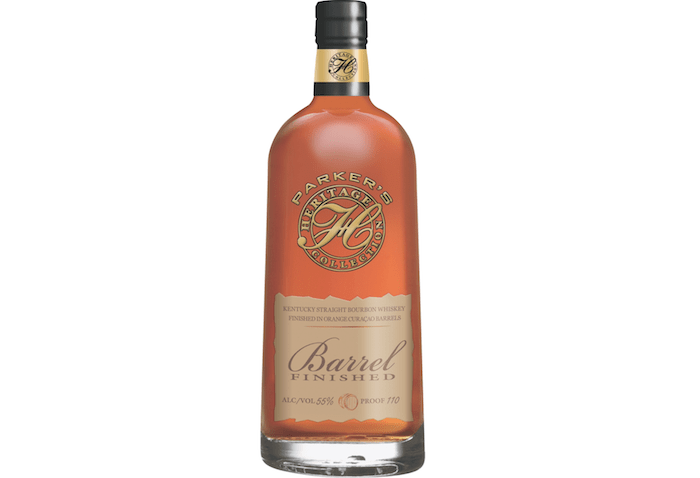 “We are excited to resume our partnership with Alain Royer as we continue to innovate with barrel finished products,” said Susan Wahl, Group Product Director at Heaven Hill Distillery, in a prepared statement.  “Parker appreciated thoughtful, new ways to enjoy Bourbon, as evidenced by his original collaboration with Royer.  This newest edition blends both Parker’s imprint, as the Bourbon was distilled by him several years ago, but also the imprint of our current Master Distiller, Denny Potter, who worked through countless samples to find the perfect balance of flavor and Bourbon. We are proud to continue offering the Parker’s Heritage Collection in his memory and continue to support ALS research and patient care efforts.”

This whiskey, which is non-chill filtered, is set to debut in September as part of the annual fall release cycle of rarer American whiskey offerings from the various Kentucky distilleries. Heaven Hill will once again contribute a portion of the proceeds from the average national retail cost of around $90 of each 750 ml bottle sold of this year’s release to the ALS Association.

With every past edition of Parker’s Heritage Collection quickly selling out, the company expects to continue to generate significant dollars for this effort in support of the memory of former Heaven Hill master distiller Parker Beam, who passed away from complications due to Amyotrophic Lateral Sclerosis (also called ALS or Lou Gehrig’s disease).

589
Shares
629
Views
Share on FacebookShare on TwitterGet Our Newsletter
Get The Glenlivet 18 Year Old at ReserveBar. Shop now!