Over 10 Million Barrels Of Bourbon Currently At Rest In Kentucky

The Kentucky bourbon industry continues to grow in leaps and bounds – there is no question the popularity of it, even during the era of COVID. One of the latest cases in point is the announcement of over 10 million barrels of bourbon aging in warehouses across that state.

The approximately 10,321,793 barrels of bourbon that exist in Kentucky (it will obviously have grown more by the time you read this) represent the vast majority of spirits inventory there, but the number does jump to 10,880,328 when you consider other types of liquor, such as brandy, that are at rest as well.

And, as if this wasn’t enough, it was also announced that nearly 2.5 million barrels of bourbon were produced for the calendar year 2020. This, plus the previously mentioned aging numbers, all set records, having beaten data points that in of themselves were records for 2019. 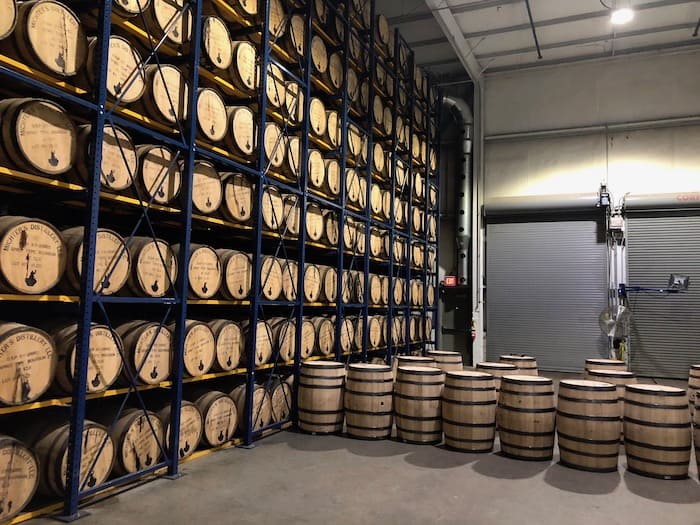 For the first time in the modern era of American whiskey, Kentucky has 10 million barrels of Bourbon aging in distillery warehouses across the Commonwealth (image copyright The WHiskey Wash)

“Kentucky’s signature Bourbon industry continues to invest in our Commonwealth at unprecedented levels, despite global pandemic disruptions, exorbitant taxes and ongoing trade wars,” said Eric Gregory, President of the Kentucky Distillers’ Association, in a prepared statement. “This is truly a historic and landmark record.”

All of this growth comes at a financial cost for the distilleries and brands, however, noted the trade group the Kentucky Distillers’ Association. What’s seen as an aggressive aging barrel tax by the state, plus ongoing federal excise taxes on alcohol and “retaliatory tariffs and never-ending trade wars” are said to pose economic challenges to the bourbon industry.

“The Bourbon industry is investing more than $5 billion in this state to increase production, build innovative tourism centers and create thousands of new jobs,” Gregory said. “But punitive barrel taxes are punishing this growth and harming our chances to land new distilleries.

“It’s time for the legislature to take action and make barrel taxes refundable or transferable, which will further incentivize distilling investment in the Commonwealth. Kentucky should not have a tax structure that penalizes growth and investment on any manufacturer.”