Whether you like the Orphan Barrel project and parent company Diageo or not, you have to hand it to them with the roll out over the last few years of the Rhetoric bourbons. The first, a 20-year-old, came to market back in July, 2014. It was followed in 2015 by a 21-year-old, and then last year surfaced the 22-year-old. Now, of course, we see the debut of the 23-year-old.

The new Orphan Barrel Rhetoric 23-Year-Old, according to Diageo, is the fourth bottling out of six planned, the oldest of which will debut in 2019 as a 25-year-old. The most current expression, if you held onto the other ones, can be a good way to taste through the natural aging progression of older bourbons, perhaps offering you a hint of what the ideal aged bourbon is for your palate. 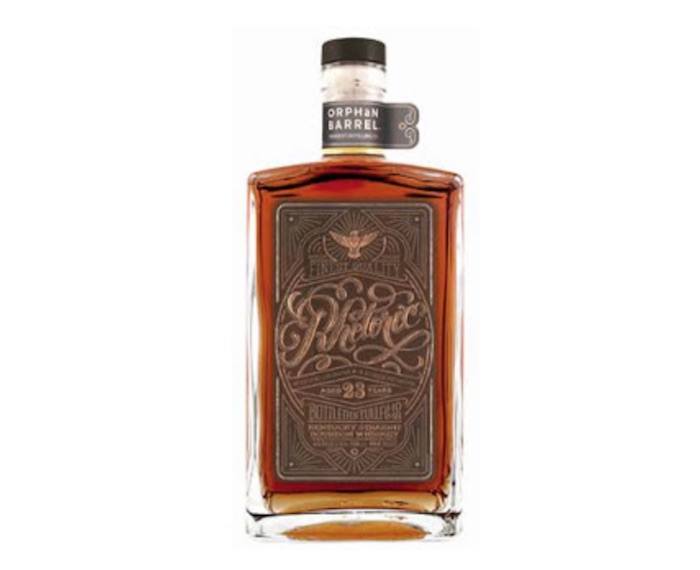 What we have with the 23-year-old is a bourbon made from stock “found in the old Stitzel-Weller Warehouses. The whiskies were distilled between 1990 – 1993 at the Bernheim Distillery in Louisville, Kentucky.” It is bottled at a slightly higher ABV (45.3% to be exact) and has a mash bill that’s 86% corn, 8% barley and 6% rye.

As with previous bourbons in the Rhetoric line up, this one rests in a bottle with a hummingbird set upon a gold label. The background color on the label is slightly darker then the younger releases, representing the aging progression of Rhetoric as it is released in each progressive year.

Should you choose to seek out a bottle of the Rhetoric 23-Year-Old, expect to pay around $120 for it. Limited tasting notes for this offering suggest “juicy dried fruit and hints of leather on the nose, followed by notes of rich, smooth coffee, dark chocolate, anise and nuts on the palate.”

106
Shares
572
Views
Share on FacebookShare on TwitterGet Our Newsletter
Get The Macallan® Rare Cask at ReserveBar. Shop now!