Sid’s Select is made from a blend of malted barley, rye and heirloom corn which is grown and ground locally in East Tennessee. Once the bourbon was ready, Old Tennessee Distilling Company hand selected ten white oak barrels and tempered the whiskey with what’s described as pure English Mountain Spring water to create the 94-proof spirit.

The distillery said in official tasting notes Sid’s Select has aromas of vanilla and honey, and flavors of herbal sage, vanilla, toasted graham cracker, ginger and hints of cinnamon. Each bottle was aged for five years and labeled and filled by hand. 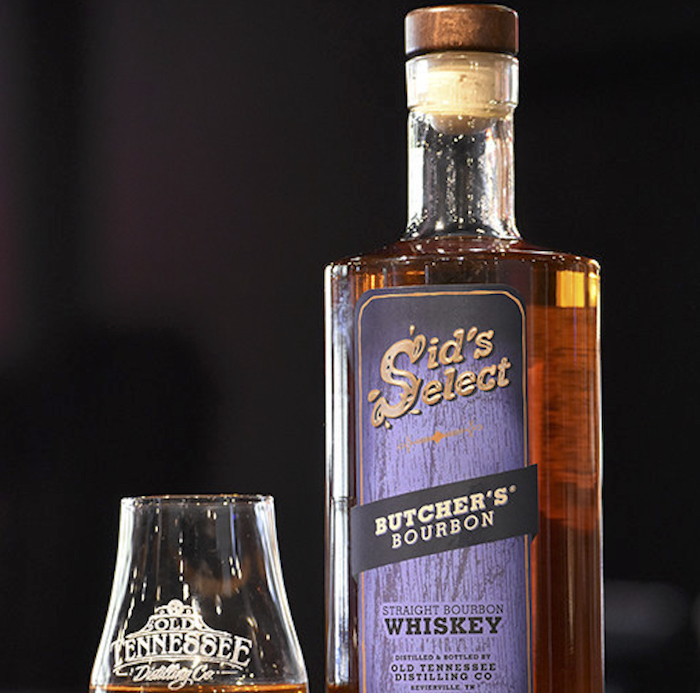 In 2013, Sid Blalock and Kent Merritt, founders of Old Tennessee Distilling Co., began working on the bourbon. Sid passed away before the bourbon had time to fully mature and mellow enough to release the final product, and his wife, Jo, continued working with Kent to see the project through.

“I believe Sid would be proud of the bourbon that we produced,” said Merritt in a prepared statement. “I know I am.”

The first releases of Sid’s Select Butcher’s Bourbon will only be available for purchase on-site the distillery. located in the foothills of the Smoky Mountains in Kodak, TN.

Old Tennessee Distilling Company said it is best known for its whiskey and moonshine that honors what’s said to be the fiercely independent spirit that is representative of the men who have been making whiskey in these mountains for generations.It also produces a full line of spirits including rum, gin, moonshine, and vodka.