Editor’s Note: This article is republished from Courthouse News Service subject to their fair use clause under their Terms of Use.

The use of the trademark Old Taylor Distillery – the namesake of E.H. Taylor, father of the modern bourbon industry – was contested before a Sixth Circuit panel Thursday morning in a dispute dubbed by one of the judges as the start of the “Bourbon War.”

Sazerac Brands LLC – which owns trademarks for Old Taylor and Col. E.H. Taylor – sued Peristyle LLC after it purchased the abandoned Old Taylor Distillery in Millville, Ky., in 2014 and renovated the property to begin bourbon production.

The site is a national historic landmark and includes original signage – specifically, a removable sign at the front of the property and a painted sign on the side of one of the distillery’s buildings.

Peristyle eventually renamed the property Castle and Key in 2016, but Sazerac claims Peristyle used the Old Taylor name up until that point to cash in on the goodwill and notoriety associated with the name. 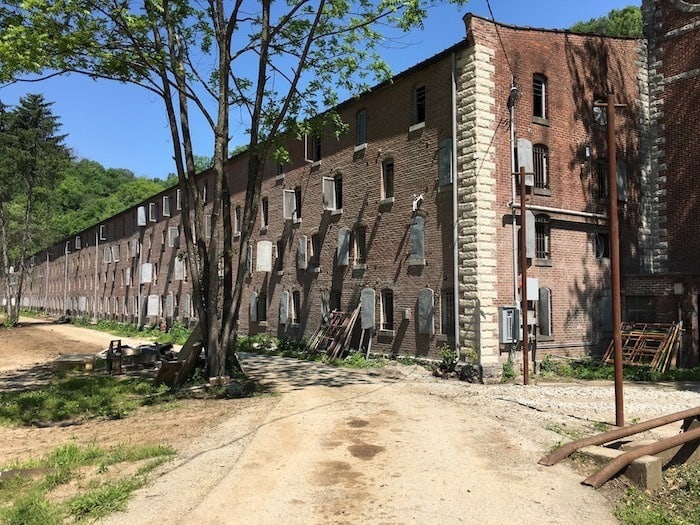 “In this case,” Judge Van Tatenhove wrote, “both Sazerac and Peristyle want to share in Colonel Taylor’s striking story, and the law allows both parties to do so. Sazerac’s trademark rights in the Old Taylor and Colonel E.H. Taylor names provide the party with certain legal protections. And now, Peristyle’s restoration of one of Colonel Taylor’s former properties provides the new distillery, too, with some historically-based advantages.”

Van Tatenhove was careful to point out that Peristyle cannot use the Old Taylor name on any labeling or construct additional signage bearing the name on the property.

Attorney Brendan Hughes argued Thursday on behalf of Sazerac, telling a Sixth Circuit panel that it should reverse the lower court’s ruling.

Hughes likened the case to a hypothetical scenario in which a company buys an old McDonald’s restaurant, keeps the signage, and sells competing burgers out of the business.

U.S. Circuit Judge Jeffrey Sutton expanded the scenario, and asked what would happen if the restaurant was the original McDonald’s.

Hughes conceded that the new owners could reference the history of the location, but could not keep the sign.

The attorney cited a survey about Peristyle’s use of the property and said that 44 percent of consumers “are confused by the name” located at the site of the distillery.

Hughes also criticized Peristyle for its delay in renaming the property, and showed the panel numerous marketing materials that included pictures of the Taylor signage at the distillery.

“For two years,” he said, “they sowed the seeds of confusion by not adopting a new mark.”

“All Castle and Key has ever done,” Haara said, “is to refer to [E.H. Taylor and the Old Taylor Distillery] descriptively and geographically.”

He told the panel the company would not use the name Old Taylor Distillery on any labels of its bourbon, which can be reserved by customers but is not yet available.

Judge Sutton commented on the unique scenario the case presents, as Peristyle has not yet released any products that could infringe on Sazerac’s trademarks.

“What’s in front of us,” he said, “is a preliminary skirmish on the eve of Gettysburg.”

Judge McKeague asked Hughes if a disclaimer located on the bourbon stating that Castle and Key has no affiliation with Sazerac’s brands would solve the problem.

The attorney admitted it would help, but “would not cure it,” and referenced the marketing materials already used by Peristyle.

No timetable has been set for the court’s decision.

136
Shares
822
Views
Share on FacebookShare on TwitterGet Our Newsletter
Get The Glenlivet 18 Year Old at ReserveBar. Shop now!