In as much as things are new with the upcoming, $45 million Old Forester distillery set to open soon on Louisville, Kentucky’s famous Whiskey Row, this facility still will reflect an American spirit that is old in scope and bound in certain traditions. One of these is specific to the legacy of Old Forester parent company Brown-Forman, and now this tradition is being revived via The President’s Choice, a single barrel expression of what’s said to be some of the distillery’s most exceptional barrels.

Old Forester The President’s Choice bourbon, according to those behind it, was historically, and is today, driven by the palate of Old Forester’s current president. The first specially selected barrels of Old Forester date back to 1890, when Brown-Forman and Old Forester founder and president George Garvin Brown presented a personalized bottle to the then Governor of Kentucky, Simon Bolivar Bucker. The program was first formalized in 1946 by Brown-Forman President and George Garvin Brown’s son, Owsley Brown. These selections were not available for purchase and only available to VIPs, executives and other dignitaries. 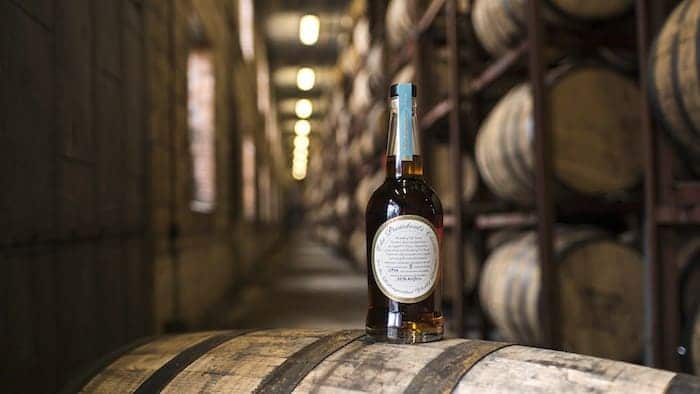 Though the tradition of special selections by the President dates back nearly 130 years, noted Brown-Forman, the bottle and label of today’s President’s Choice references that of 1964, when then-president George Garvin Brown II introduced The President’s Choice. That product was sold by the barrel and each was personally selected by Brown II. Mr. Brown passed away unexpectedly in 1969 and the last barrels personally selected by him were depleted in 1972.

“As we made plans for our new downtown distillery, we knew wanted to offer some very special whisky for our visitors. I remembered seeing bottles selected by my grandfather through The President’s Choice program on family back bars for years,” said Campbell Brown, Old Forester president and fifth generation Brown family member, in a prepared statement. “It’s a real treat to reintroduce this program and carry on the tradition of selecting these very special barrels.”

Brown had help in his selection from Old Forester master taster Jackie Zykan. The initial barrels chosen for this release will be typically aged eight years and will vary in the historical range of 110 – 120 proof. The President’s Choice will be offered at around $90 a bottle, and will be available only at the new distillery and some select Kentucky retailers.