How much do you love Brown-Forman’s Old Forester American whiskey brand? Would you be interested in spending a night in Louisville, Kentucky on the brand’s dime for the ultimate bourbon experience? If so you’ll be wanting to know about a contest you can enter to stay on Whiskey Row on June 14, National Bourbon Day, to become completely immersed in all things Old Forester.

The Old Forester Whiskey Row Retreat, according to those behind it, is being put together to commemorate the brand’s 150th anniversary. At the heart of this experience is staying the weekend of National Bourbon Day “at an exclusive apartment on Louisville’s iconic Whiskey Row, featuring Old Forester-themed design touches. The apartment is next door to Old Forester Distilling Co. – the building that the brand called home from 1882-1919 and  reopened as a working distillery and immersive tour center in 2018.”

“It’s remarkable to think that, in 1870, my great-great grandfather, George Garvin Brown, sealed his whiskey in a glass bottle and created the first bottled bourbon and now, 150 years later, we’ve reached this milestone,” said Campbell Brown, Old Forester president, in a prepared statement. “It’s incredible to look back and reflect on how the brand has grown, while we continue to look forward and find new ways to impact the industry. Opening Whiskey Row Retreat is our opportunity to celebrate our anniversary with special guests keen on raising a glass to a wonderful bourbon.” 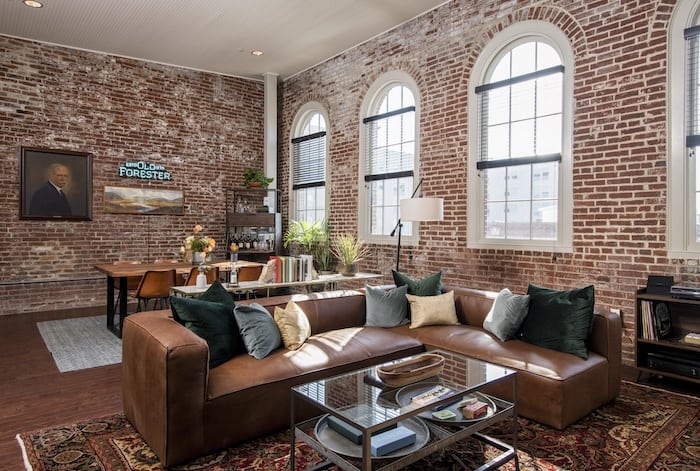 “I’m in the unique position to truly be a part of Old Forester’s legacy as the Master Taster. Every step of the way, I’m there ensuring that each barrel pulled, and each expression created lives up to Old Forester’s historic quality and consistency,” added Old Forester Master Taster, Jackie Zykan. “We created the Whiskey Row Retreat to provide a few lucky bourbon lovers with similar experiences that I have every day. I’m excited to share with fans how much heart and effort we put into creating every single bottle of Old Forester bourbon.”

In addition to staying at the Retreat the weekend of National Bourbon Day, noted Brown-Forman, the contest winner and a guest will be invited to partake in special activities at the distillery, including experiencing the process of creating a barrel, joining Zykan in single barrel selection, and custom cocktail classes, such as learning how to make the brand’s signature Perfect Old Fashioned.