If you hadn’t heard, there’s a bourbon distillery building craze beginning to seize Kentucky as whiskey among American consumers continues to surge in popularity. An example of this we pointed out yesterday was the under construction Bardstown Bourbon Company, and today we bring word of the continuing development of the planned Old Forester Distillery in Louisville.

Brown-Forman, the parent company of the Old Forester bourbon label, said this week it had taken possession of the property deed of two historic buildings along Louisville’s downtown Whiskey Row. These buildings, built around 1857, were once used for warehousing barrels of whiskey produced at numerous distilleries in the area. At least nineteen distillers, wholesalers and other whiskey-related businesses apparently once called this stretch of Louisville home, including Brown-Forman itself before it moved its headquarters to its current location. 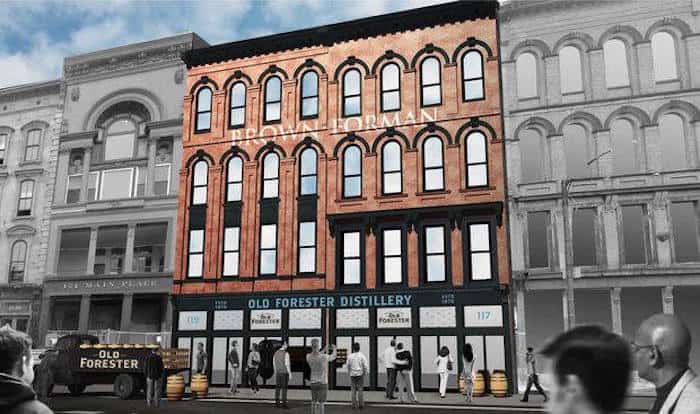 Now plans call for the buildings to become the distillery of Old Forester, a project which will see approximately $45 million invested into it by the company. The combined addresses have approximately 55,000 square feet between them, and during the renovations “the brick and masonry facade of the building will be preserved and fully restored.”

Old Forester, according to Brown-Forman, was founded by one George Garvin Brown in 1870, and the new distillery will exist in part as a tribute to Brown’s legacy. It will be an actual working facility, including fermentation, distilling, barrel making, filling and dumping and bottling. Once completed, it is estimated it will double the current production capacity of this particular bourbon brand.

Additionally, as far as tourism goes, the new distillery will be open to visitors and feature a tasting room, exhibits, bourbon-making demonstrations and event spaces. If all goes according to plan, expect it to open in fall 2016.