The Heaven Hill distillery in Kentucky has, over the last year now, gone through two cycles of a new bottling to their bourbon line up that focuses on a more premium offering. Known as Old Fitzgerald Bottled-in-Bond Kentucky Straight Bourbon, this decanter series is now onto its third offering just in time for the arrival of spring.

The Old Fitzgerald Bottled-in-Bond Spring 2019 bourbon, according to those behind it, is comprised of whiskey drawn from barrels laid down back in September, 2005. It is thus a 13 year old bourbon, being bottled at 50% ABV. It also, as the name implies, is bottled-in-bond, meaning it meets the strict requirements put forth for such a designation: the product of a single distillery from a single distilling season, aged a minimum of four years, and bottled at 100 proof or 50% alcohol by volume. 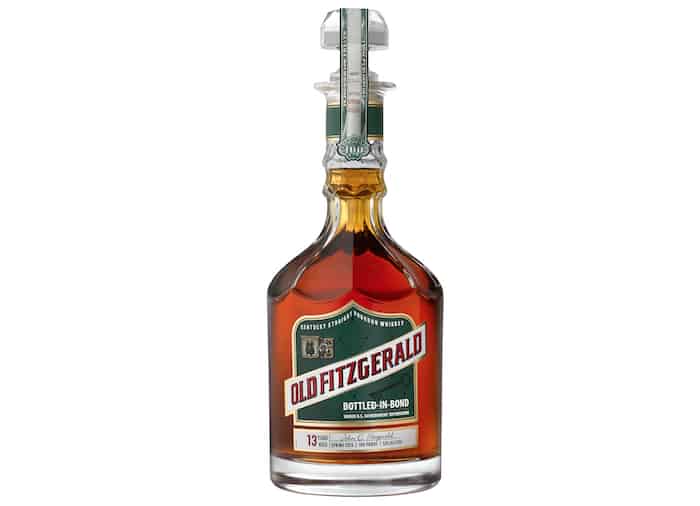 As with the other expressions in this ongoing series, the Spring 2019 release comes bottled in an ornate decanter sporting a green label, which the distillery says “will stay consistent across all spring releases. As was the case for the past editions, this edition’s tax strip, which has always been a signature of transparency on bottled-in-bond products, will disclose when the liquid was produced and bottled.”

Plans call for this bourbon to price around $130 per 750 ml bottle. For the curious, Heaven Hill acquired the Old Fitzgerald line in 1999, noting that it is “well-known for its distilling pedigree and intriguing story behind its namesake, John E. Fitzgerald.”