A nearly 175-year-old whiskey brand is being resurrected this month with the help of one savvy entrepreneur.

S.N. Pike’s Magnolia was first established in Cincinnati by its namesake, Samuel Pike, in 1849, producing whiskey and bourbon blends that were soon shipped around the U.S. and Europe. Along the way, he amassed a fortune that allowed him to help open Pike’s Opera House in both his hometown and in Manhattan. But by the start of the 20th century, Pike’s whiskey business ground to a halt and the brand disappeared with it.

That changed when Ed Carey, a former real estate developer and bourbon fan from central Ohio, learned about the S.N. Pike’s Magnolia brand and decided to bring it back into circulation. And this month, Carey has revealed the first two releases. 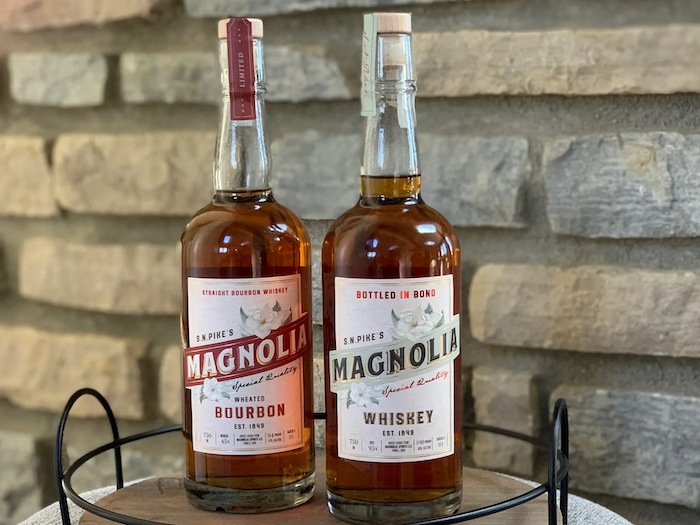 “One thing that’s very unique about what I’m doing, I’m importing Kentucky spring water when we need to proof things down,” Carey told the website [614] recently. “Most people just use the water they have on hand for this, and it’s amazing how it helps maintain, if not enhance, the taste.”

The spirits themselves are sourced from a distillery in Lawrenceburg, Indiana (MGP), and are being proofed and bottled at the Noble Cut Distillery in Gahanna, Ohio. Official tasting notes for each release are below.

Both of these new releases are limited in availability, with the wheated bourbon bottled in a run of 6,000 bottles and the rye in a run of 5,800 bottles. And at present they are only available to customers throughout Ohio and at the bottle shop at Noble Cut Distillery.