Whiskey Science: Oak and the Origin of Whiskey Casks

Editors Note: This is the first in a series of articles on wood, whiskey casks, and maturation from Paul Hughes, professor at Oregon State University in Corvallis, Oregon.

The shaping of strips of wood into casks (or barrels if you refer) is a craft of venerable origin which belies the skills required to produce a reliable cask.

In terms of the history of the cask, Herodotus, often styled as the world’s first historian, observed the passage of boats in Mesopotamia bearing wine casks made of palm wood, which presumably resulted in a rather resinous, woody wine.

Apparently the Romans observed the production and use of wooden casks for the storage of wine in the Swiss Alps, and corralled the production skills required to popularize casks as the vessel of choice for containing liquids and solids that needed to be moved. 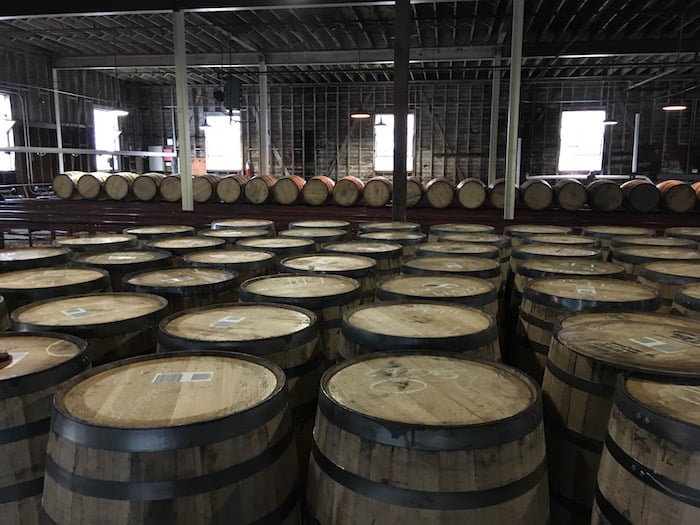 It turns out that the double-arch construction of the wooden barrel is not only immensely strong, but it’s also easy to move, so that an able-bodied adult should be able to tilt and roll a cask weighing more than a quarter of a ton single-handed. At least with practice. No wonder that the cask was by far the most popular device for containing liquids and solids from the Roman era until the early 20th century.

The earliest known example of this geometry seems to be of Egyptian origin, and at least one example still exists in the Louvre Gallery in Paris, which is not a container but an ancient drum. For once, it seems the ancient Egyptians missed a trick.

In principle the cask can be made of any wood, but oak, or at least certain species of oak, have many of the physical and chemical attributes that make it the overwhelming wood of choice for coopering (cask-making).

Firstly, oak wood is rather springy, so when stress is applied it distorts rather than splits or breaks. This property is due to reinforcing medullary rays, strips of tough wood that behave akin to spring steel. While all oak species have medullary rays, in some species these are particularly thick, and it is these species that are favored by coopers.

Secondly, oak releases relatively little in the way of raw wood flavors, especially when toasted or charred, which is generally considered positive for whiskey production. These flavors, with descriptors such as sawdust, sap, and pencil shavings, do little to endear themselves to the whiskey drinker. This is important, because some whiskey casks are built with uncharred/untoasted ends, especially rebuilt hogsheads in Europe.

Thirdly, there is a good supply of oak wood. Of the oak harvested, the best quality is used for top-end furniture-making, while the next grade down is used for cask production. With sustainability firmly in mind, more oak is planted out than is harvested, in order to help assure supply.

This is worth bearing in mind, as an American oak will grow to maturity in 60-80 years, while European oak can take 180-300 years before it is ready for harvest.

The subsequent harvest, splitting, sawing and drying are all factors that will affect the performance of the cask, even before the final cask is formed. In the next article we’ll discuss the steps from oak selection and harvest to the creation of oak casks.

98
Shares
506
Views
Share on FacebookShare on TwitterGet Our Newsletter
Cheers to the Dads! Personalize a bottle of his favorite whiskey to create a modern gift for the modern man. Use code: FATHERSDAY20 for $20 off your next order of $100 or more at ReserveBar