The small-batch release starts with a bourbon whiskey and is finished in the bottle with a French Oak spiral that rested in Cabernet Sauvignon before being infused into the whiskey.

This expression uses a patented process called “In-Bottle Finishing,” in which the distillery places a 5-inch long spiral cut piece of wood called a spire into their fully-aged bottle of whiskey. Using this technique is said by the brand to impart new flavors and characteristics into the whiskey that could not come from a single barrel alone. 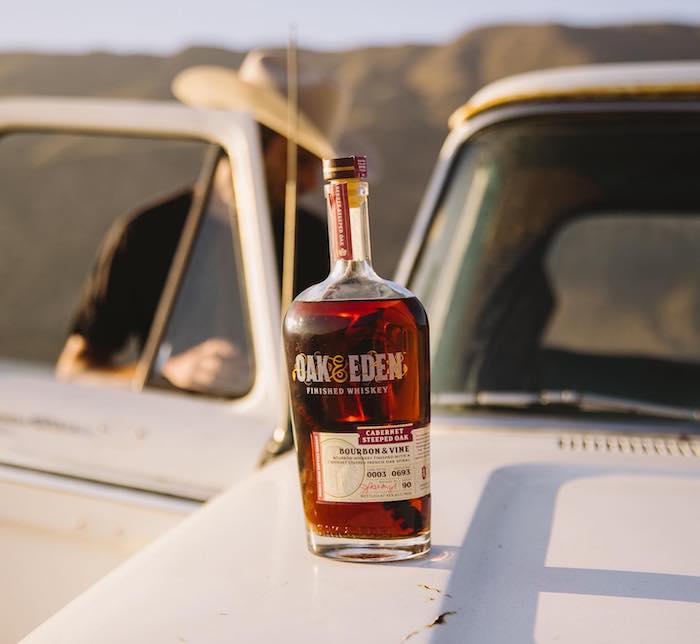 Oak & Eden steeped a French Oak Spire in Texas winery, the Marker Cellars’ Cabernet Sauvignon before placing it into the bourbon to create the Bourbon & Vine blend.

The bourbon has won eight gold medals from 2019 to 2021 at some of the industry’s most prestigious international spirit competitions, including the New York World Wine & Spirits Competition to Cigar & Spirits Magazine and SIP Awards.

“Bourbon & Vine is our crown jewel,” Joe Giildenzopf, cofounder and CEO of Oak & Eden, said, in a prepared statement. “From the first release in 2018, we knew we had something very special on our hands. Our fans and critics rave over Bourbon & Vine with each release, and we are constantly humbled by the response.”

Bourbon & Vine is available for sale across most of the 23 states that Oak & Eden distributes within.