The drink, which took home a Double Gold medal at the San Francisco World Spirits Competition 2020, begins with Oak & Eden’s bourbon whiskey (60% corn, 36% rye, 4% malted barley), which is then finished inside the bottle with a French Oak spire that had previously soaked in West Oak Coffee’s Delagua Colombian cold brew coffee, allowing for a delicate, sweet, dark chocolate & coffee finish, according to official tasting notes.

Oak & Eden has pioneered what they said is a patented process called “In-Bottle Finishing,” where they place a 5” long spiral-cut piece of wood, called the Spire, into their fully-aged bottle of whiskey, imparting new flavors and characteristics to the whiskey that they feel wouldn’t be achieved in a single barrel alone. 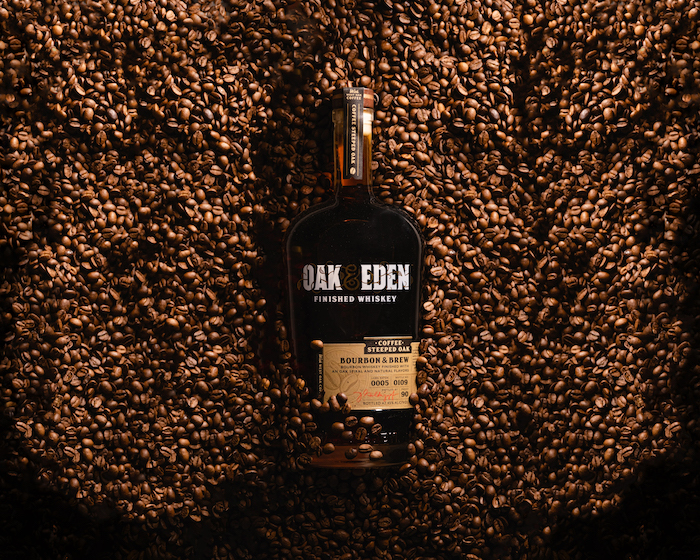 “Bourbon & Brew has been a unanimous crowd-pleaser among our fans and the industry alike,” Cofounder and CEO of Oak & Eden Joe Giildenzopf said in a prepared statement. “We were so thrilled to have Bourbon & Brew receive one of the industry’s most coveted awards in taking home the Double Gold at San Francisco World Spirits Competition, and we are humbled to partner with West Oak Coffee to bring this seasonal back to life.”

Based in Denton, TX, West Oak Coffee is a Denton-based roaster/coffee shop and was selected for the production of Bourbon & Brew due to their award-winning recognition in the industry, as well as their philanthropic approach to sourcing their coffee. The company is recognized for supporting and paying above-fair wages to coffee farms throughout Colombia, Thailand, Guatemala, Nicaragua, Indonesia, Burundi, and El Salvador.