The O.K.I. Bourbon brand was one originally started by New Riff Distilling, which opened a distillery in 2014 in Kentucky just across the river from Cincinnati, Ohio. New Riff sourced whiskey for O.K.I. from MGP and used the brand as a money making instrument until its own in house whiskey came of age a few years later. O.K.I. was then shelved, but now a group of Cincinnati entrepreneurs have acquired it with plans to bring it back to life.

The new O.K.I., according to those behind it, will pay home to its roots and name (Ohio. Kentucky. Indiana), while continuing to maintain sourcing from MGP for its launch. Plans call for some initial cask strength, single barrel releases of this 36% high rye bourbon starting this fall in Northern Kentucky. 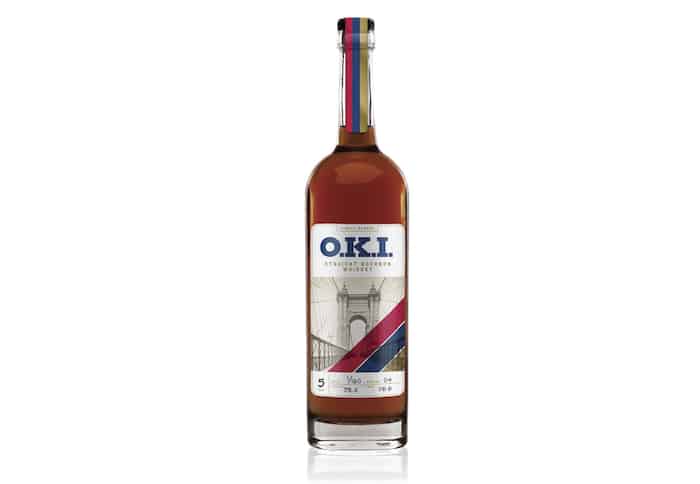 “My great grandfather, Jake, built the iconic Seagram’s warehouse at the Lawrenceburg distillery in the 1930’s,” said O.K.I. co-owner Jake Warm, whose family has been involved in local bourbon history for decades, in a prepared statement. “At the time, it was the world’s largest whiskey maturing warehouse. I’m very proud that our first O.K.I. barrels will be aged in the same buildings my family built 90 years ago.”

“95 percent of the world’s bourbon supply comes from the tri-state region of Ohio, Kentucky, and Indiana, and we’re very proud of that,” added O.K.I. co-owner Chad Brizendine. “We look forward to working with distilleries across the region to source bourbon and rye for future O.K.I. releases.”

As part of its acquisition, O.K.I. will update its brand story and packaging, focusing more “on the rich bourbon heritage of the entire region dating as far back as pre-Prohibition.”