One of the driving forces behind the bourbon boom is the drive toward authenticity.  The farm-to-fork movement has moved into spirits, and consumers want something that was produced by human hands with grains grown near the distillery.  Maker’s Mark still uses grains produced in their county, and most Kentucky bourbon distilleries go out of their way to purchase grains grown within our state.

That said, there just aren’t enough grains grown in the entire state to support the bourbon industry, so they often have to get grains from other states to fulfill demand.  But there are at least three distilleries that I’ve found that use 100% non-GMO corn in their various whiskeys: Wild Turkey, Four Roses, and Buffalo Trace. 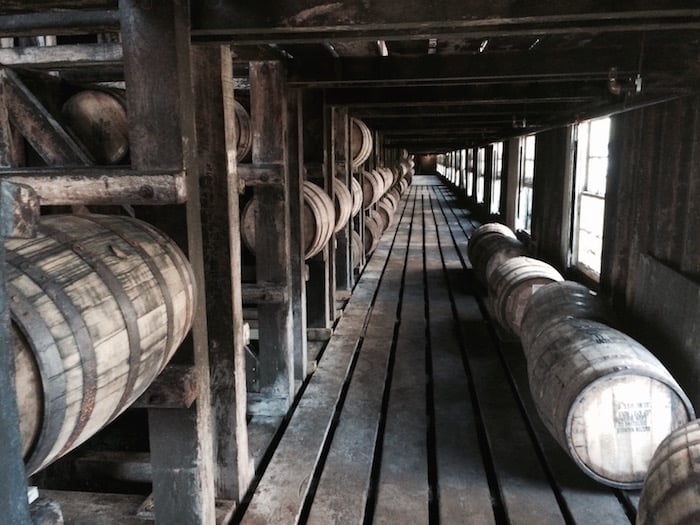 The strange thing about the GMO issue is that none of these distilleries really goes out of their way to advertise the fact they use non-GMO corn in their whiskeys.  The only mention I could find, for example, on Wild Turkey’s website was a year-old press release about Jimmy Russell’s 60th anniversary.

Buffalo Trace has one line at the bottom of their product pages: “whiskeys distilled using 100% non-GMO corn.”  And I couldn’t find a single mention on the Four Roses website.  I’ve heard representatives from all these distilleries mention the use of non-GMO corn multiple times, but they don’t seem to be advertising it otherwise.

“Candidly, I think this has been a missing in our marketing communications over the past couple years,” said Andrew Floor, VP of Marketing of Dark Spirits for Campari America, Wild Turkey’s parent company.  “But we are looking to rectify that, as the non-GMO conversation is one that people care about. We have included that message in some of our social postings over the past 12 months and the reactions have been some of the strongest we’ve seen, so consumers obviously clearly care about what goes into the products they’re putting in their bodies.

“We’re definitely going to elevate that message in the coming months, it’s something we’re proud of and something else that sets us apart from other bourbon makers.”

Do you want to know more about brands that don’t use GMOs in their bourbons?  Tweet me @LouGirl502!