It’s safe to say consumers these days want to know where their whiskey comes from.  In decades past there wasn’t much thought given to what was inside the bottle.  There were legal protections in place to assure what was in the bottle was just whiskey, nothing else.  But it wasn’t always this way, and bad whiskey is what led to some of the first consumer protection laws in the United States.

Often when the subject of consumer protections pertaining to whiskey comes up, the misdeeds of rectifiers comes up with it.  Rectifiers existed before Prohibition.  They would buy whiskey from anyone, not just commercial distillers.  If you had a still in your barn and you made some extra whiskey, you’d sell it to the local rectifier.  If the local commercial distiller made some extra whiskey he wanted to unload quickly, he’d sell it to the local rectifier.

The rectifier typically didn’t care where the whiskey came from or whether it was good.  He’d mix it with whatever other whiskey he had laying around, redistill it, or mix it with any number of questionable ingredients just to get it sold and turn a profit quickly.  Rectifiers took shortcuts to make cheap whiskey drinkable, and some of the preferred ingredients included prune juice for color and sugar for sweetness.  Other less appealing ingredients included tobacco juice for color and battery acid for the burn.  Once the Pure Food and Drug Act of 1906 was passed these things thankfully disappeared from our whiskey. 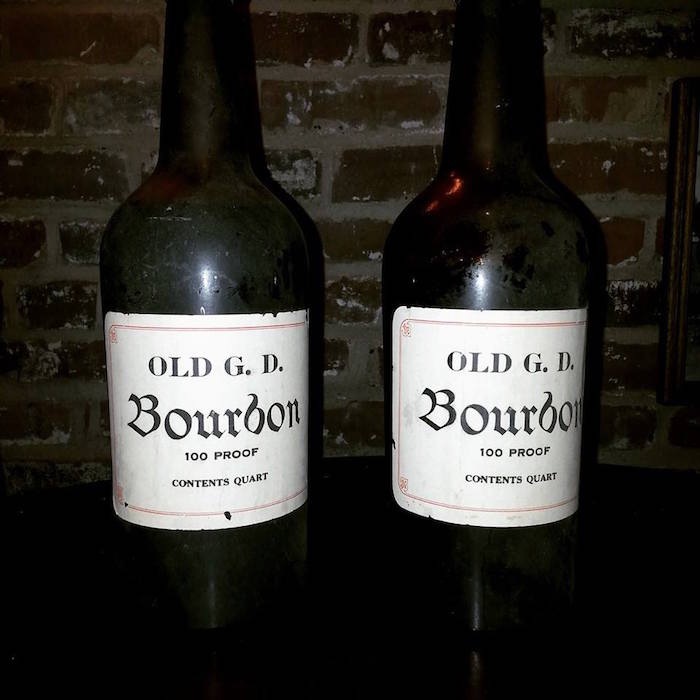 A probably rectified bourbon I had back in the fall from the 1880s. (image copyright The Whiskey Wash/Maggie Kimberl)

There’s a tendency to equate the rectifiers of yesteryear with the non-distilling producers (NDPs) of today, but they are quite different.  When NDPs are referred to as rectifiers, there’s usually a very negative connotation associated with the assertion.  It’s meant that way- some people believe that putting your name on a whiskey someone else produced is a tacit lie.  Rectifiers are (usually rightly) vilified for their misdeeds, so why not lump NDPs in with them?

There are a growing number on non-distilling producers today amidst the bourbon boom.  Some are content to continue to buy whiskey from other distillers and blend and bottle it under their label, while others are buying whiskey just until they are able to bottle their own aged products.  The main difference between modern-day NDPs and rectifiers is that NDPs are buying whiskey from licensed distillers, not grandpa’s farm still.  The strict quality standards applied to all bourbons ensures you’re always going to get a top quality product, no matter whose name is on the label.

Our ancestors had to endure some pretty awful whiskey in order for us to enjoy the good stuff.  There’s no such thing as bad bourbon, just some bourbon that is better than others.  The strict quality standards required in order to be called bourbon have their roots in these early consumer protections.

249
Shares
656
Views
Share on FacebookShare on TwitterGet Our Newsletter
Get The Macallan® Rare Cask at ReserveBar. Shop now!