The Wild Turkey Master’s Keep series, as we’ve seen over the years, is a chance for this cornerstone Kentucky bourbon distillery to explore higher end American whiskey expressions. Its latest Master’s Keep aims to keep up this trend, taking the form of a 17 year old bottled in bond offering.

The new Wild Turkey Master’s Keep Bottled in Bond, according to those behind it, is said to be only the second ever Wild Turkey bourbon to carry the bottled in bond designation. Thirteen years earlier, the distillery released its first-ever bottled in bond expression named American Spirit. 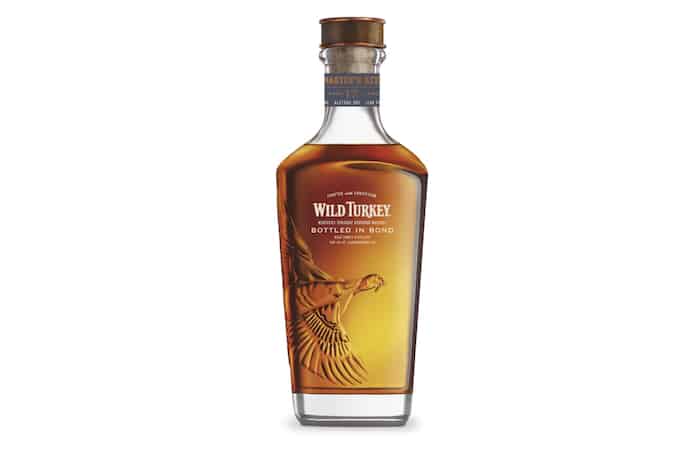 At the time, American Spirit was one of the first “bottled in bond” whiskies released by a bourbon distiller and among the oldest American whiskey entrants in the U.S. market at 15 years of age. At that time Wild Turkey master distillers Jimmy and Eddie Russell were keen to release a big, bold bourbon, “which they accomplished by tasting several different batches and landing on an older whiskey that had the distinctive merits of a deeply aged liquid.

“Those taste markers inspired Eddie as he worked on this latest bottled in bond release.”

“With our own Master’s Keep Bottled In Bond,” said Eddie Russell in a prepared statement, “we took the historic process and protocol of aging for four years to the next level and allowed the liquid to rest for 17 years. We aged and perfected this rare, 17-year-old bourbon in Wild Turkey’s Camp Nelson rickhouses.

“This expression is a nod to the past, both our own heritage and the heritage of American whiskey-making as a craft.”

Like previous Master’s Keep releases, Bottled in Bond is somewhat limited in the scope of its release plans, taking the form of a 100 proof bourbon spread across approximately 14,400 750 ml bottles. Each prices at around $175 and will be released starting later this month and through June.

Official tasting notes for this bourbon make mention of “an enticing taste and aroma of toasted oak, apple and dark cherry highlighted by the sweet confectionary flavors of vanilla, brown sugar and toffee. At 100 proof (50% alc. by volume), the enjoyable, lingering finish is complete with dark notes of mocha, smoke and spice.”

205
Shares
21.8k
Views
Share on FacebookShare on TwitterGet Our Newsletter
Get The Macallan® Rare Cask at ReserveBar. Shop now!