In what appears to be the second celebrity whiskey tie up in the last week, country singers Jason Aldean and Florida Georgia Line have collaborated on a new bourbon. This follows on the heels of the recent announcement of a new bourbon with legendary quarterback Terry Bradshaw’s name on it.

The new Wolf Moon Bourbon, according to those behind it, is the second such whiskey undertaking by one part of the collaborators. Florida Georgia Line’s Brian Kelley and Tyler Hubbard introduced Old Camp Whiskey back in 2016, starting with a peach pecan flavor to celebrate their home states. It thus made sense, in their minds anyhow, to rope in another country singer, Aldean, on this new release.

“There’s nothing like sharing a glass of bourbon with my crew after a show—you could say its been part of our ritual for years,” said Aldean in a prepared statement. “Tyler and Brian have been a part of that ritual and we wanted to create something to remind us of our favorite memories. Wolf Moon’s name is a nod to the pack—the friends that become family. I’m looking forward to raising a glass with all my fans on the road this year.” 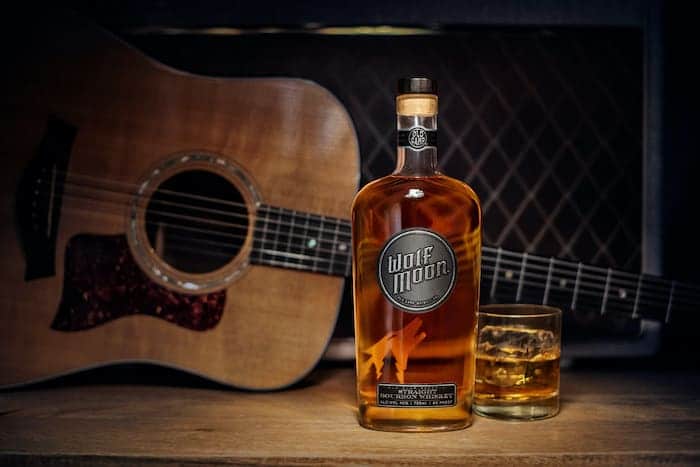 “Making good whiskey is a passion of ours, and we really wanted to create something new and fresh with Jason,” added Kelley and Hubbard. “We’ve had this idea for years and spent a lot of time making sure we got it just right. We’re all so proud of this and can’t wait for all of the memories to be made over Wolf Moon.”

As for specifics on this whiskey, there isn’t a ton to really say. It is an 80-proof bourbon distilled from Midwestern grains [MGP mostly likely] and aged for four years in new, charred American oak barrels. The bourbon’s official flavor profile, chosen by the trio, offers “caramel, sweet corn, honey and candied fruit, balanced by hints of oak and spice.” Should you seek this out, it is pricing around $25 per 750 ml bottle.