The great state of Texas is known to many as having an informal moniker of bigger being better. Perhaps it comes from the size of the state itself, or perhaps from the attitude of the people who live there. Whatever the case, the Lone Star State now also lays claim to the largest whiskey distillery west of the Mississippi, courtesy of Firestone & Robertson Distilling and their new Whiskey Ranch.

The Whiskey Ranch, according to those behind it, is a self-described 112 acre “whiskey wonderland” set on the grounds of a historic golf course in Fort Worth, Texas known as the Glen Garden Country Club. While the distillery will maintain the 18-hole golf course only for charity and private events, it is making use of much of the rest of the grounds for a range of whiskey related endeavors. 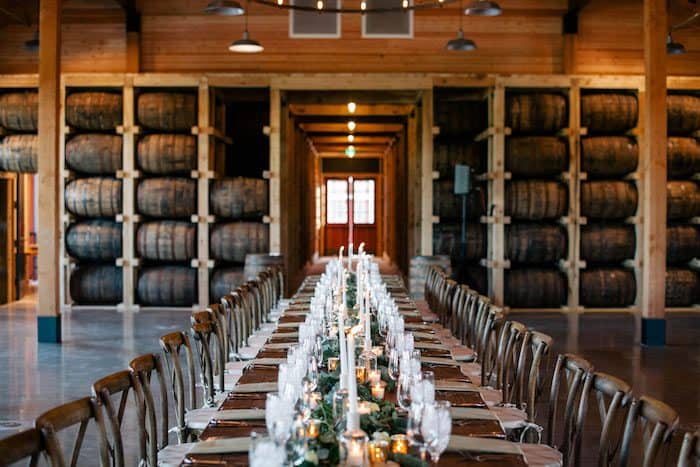 The new distillery campus is set around a courtyard, with a range of buildings serving as different functions. There’s the Still House, which houses a 45-foot copper column still, and the Ranch House visitor center. From the Ranch House one can follow a pathway designed to mimic a barrel barn or rick house to either a whiskey tasting room or a private events space set with a floor-to-ceiling tiered rock fireplace, sealed concrete floors, oversized round chandeliers with industrial pendant lighting, and plenty of natural light.

Also on the grounds of the Whiskey Ranch is a a two-sided wraparound covered patio with additional seating for 130, a lake, gift store and barrel aging warehouse. Four deep water wells will be used on the property to help craft the flagship TX Bourbon as well.

The unveiling of this property comes in around the same time frame as plans for a new distillery campus were revealed by the owners of the Kentucky Owl brand in Kentucky. In both instances we are seeing the rise of craft distilleries with deep pockets building out their own Buffalo Trace like whiskey tourism experiences.