One sourced whiskey brand we first touched on a few years back out of South Carolina is Virgil Kane. They’ve continued to develop their offerings since that time, and now have out on the market a rather interesting new expression that’s seen some finishing time in ex-ale barrels.

The new Virgil Kane Electric Owl Bourbon, according to those behind it, is a nine-year, sourced sour mash whiskey that came about as a result of the company’s founders wanting to barrel finish in something besides sherry barrels sourced from outside the US. They turned instead to Revelry Brewing, also out of South Carolina, to acquire from them some barrels which had first held a pinot noir from the Willamette Valley in Oregon. From there the barrels held a wild farmhouse ale before being used one more time to finish the bourbon. 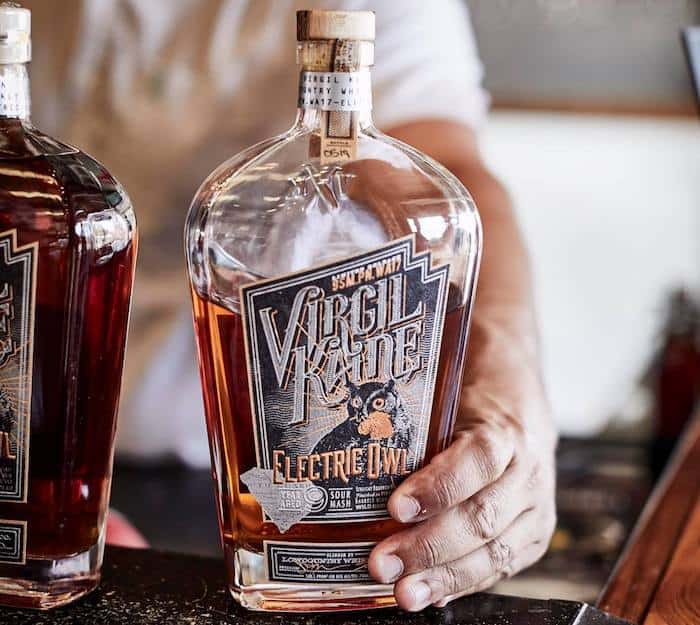 “Why source barrels from abroad when we have barrels in our back yard that provide notes of acidity and tannins that could be equally as good or even better,” said Virgil Kane co-owner David Szlam in a prepared statement. “What we learned when blending ingredients to test this first-time concoction of ingredients, is that the flavor contents from the barrel not only imparted a level of tannins and acidity that we loved, but that a slight saltiness was also imparted.”

The whiskey, distilled from a mash bill of corn (84%), rye (8%) and malted barley (8%), was bottled at 100.1 proof and released in limited numbers. Very limited official tasting notes suggest it “displays hints of caramel with notes of tart cherry and a touch of salt.”

Given that this was a collaboration project, the brewery itself got into the new release game with a special Scotch style ale that had been aged in the ex-sour mash barrels.

36
Shares
328
Views
Share on FacebookShare on TwitterGet Our Newsletter
Cheers to the Dads! Personalize a bottle of his favorite whiskey to create a modern gift for the modern man. Use code: FATHERSDAY20 for $20 off your next order of $100 or more at ReserveBar