Kentucky-based Buffalo Trace announced this week the winter 2020 allocation of its Stagg Jr. bourbon, just in time for the holidays. Typically released twice a year, the batch that dropped in January clocked in at 128.4 proof. This new one? Try a slightly higher 131.1 proof!

Like previous versions, it is said by those behind it, Stagg Jr. is uncut, unfiltered, aged over eight years, and with a taste profile similar to its elder statesman, George T. Stagg. This latter whiskey is a cornerstone part of Buffalo Trace’s annual and highly sought after Antique Collection. Stagg Jr., unveiled in 2013, is an attempt by the distillery to offer up a flavor of what Stagg is all about, minus having to wait in line for hours upon end to snag an extremely overpriced bottle. 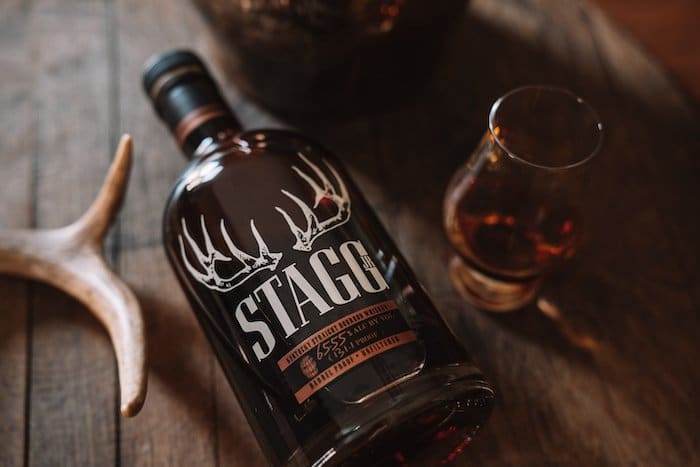 With this latest Stagg Jr. allocation, what one is looking at here with this higher proof is a bourbon that, after you sip on it for a bit, will make you want to not move away from your roaring fireplace. Official tasting notes for the expression indicate this barrel proof whiskey to have “vanilla bean and salted caramel front and center on the nose, cherries, cinnamon and oak on the palate, and a long finish of toasted vanilla, pepper, coffee and hints of sweet mint.”

Stagg. Jr. (15th Release) Bourbon is set to hit retail now, pricing around $50 per 750 ml bottle. With only two batches of it released per year, the next one is expected in late spring 0f 2021.